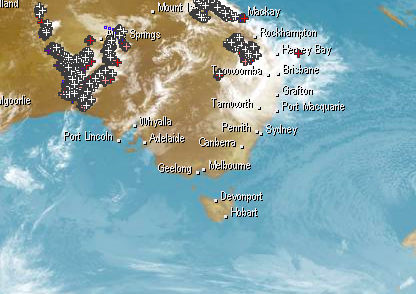 Australia’s alps received a late-season dusting of snow this week, although it did little to slow the ongoing spring thaw in the mountains.

Showers spreading across eastern Victoria and NSW in the middle of the week combined with a pool of cold air to cause light snow in the alps on Wednesday night.

Some of the country’s main ski resorts collected a fresh dusting of snow, adding a new layer to their slowly declining base that’s left over from winter.

While the official ski season has already ended at the Australian resorts, some people still venture into the alps during October and November to hunt out sections of leftover snow to slide around on.

As of Thursday this week, the natural snow depth at Spencers Creek in NSW, which sits at 1,830m above sea level, was still 123.2cm. This is lower than the last two years for this point in spring, which is impressive as its slightly above the long-term average depth for mid-October.

Warmer air will return to the alps from this weekend, allowing the spring thaw to continue into the second half of October.