Home > News > Australia: A taste of summer for Sydney...

Australia: A taste of summer for Sydney 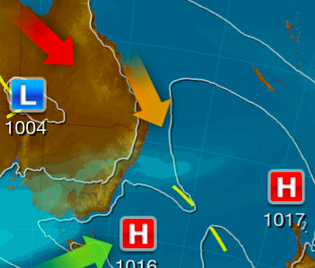 A burst of hazy heat enveloped Sydney on Friday, with temperatures just not letting up well into the evening.

A deepening low pressure trough ahead of a cool change transported heat from the hot interior over the last couple of days, leading to a hot airmass over much of the eastern parts of the country.

The city itself reached a staggering 36 degrees, while Bankstown topped the mercury at 38 degrees. Most weather stations in Greater Sydney recorded temperatures above the 35 degree mark.

This has been the warmest day in nearly 10 months, when a temperature of 39 degrees was recorded in January this year.