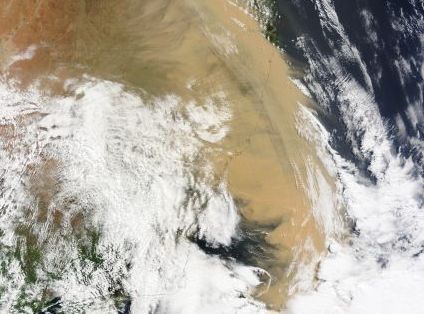 Australia could be hit by a second dust storm, similar to that which turned the skies of Sydney and Brisbane red on Wednesday.

The Australian Bureau of Meteorology has warned that a front from South Australia could again cover the eastern states.

Bureau spokesman Sk Wong told news.com.au that flights have already been disrupted in the town of Broken Hill in outback New South Wales.

“Broken Hill is experiencing raised dust and strong gusty westerly winds. The conditions are quite similar to those of Wednesday’s dust storm,” he told the website.

“Although the winds aren’t as strong, the dust storm could spread to Sydney and even as far as parts of Queensland.

“We are keeping a very close eye on the situation and will issue warnings if and when appropriate.”