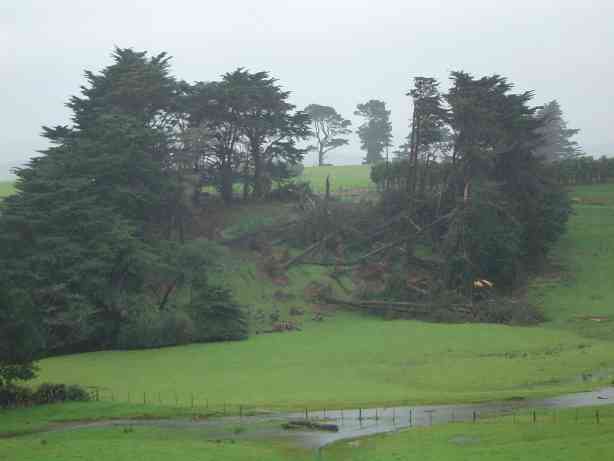 On this day in 1975 a big blow affected eastern parts of the country causing considerable damage.

Northwesterly winds hammered parts of Wairarapa all the way down to Southland, with the most severe winds in Canterbury and Otago.Forests had hundreds of trees uprooted, glasshouses were demolished and many schools and some businesses were closed for the day, such was the severity of the wind.

Christchurch Airport at one point had an average wind speed of 126 kph and Timaru was slightly higher on 130 kph. The gusts were blowing over 170kph in Christchurch and further inland, peak winds were a little higher.

Northwesterly winds this week haven’t been as severe but yesterday Mt Hutt recorded gusts over 150 kph but the strongest winds remained in some inland valleys and basins and also at higher altitudes.

Yes. I remember this event well. Lots of destruction and evidence of this was around for many years to come.
One thing that brings to mind was that huge wheat silo being blowen across the paddock just north of Orari.