Auckland’s rain yesterday a ‘drop in the bucket’ (+3 Maps) 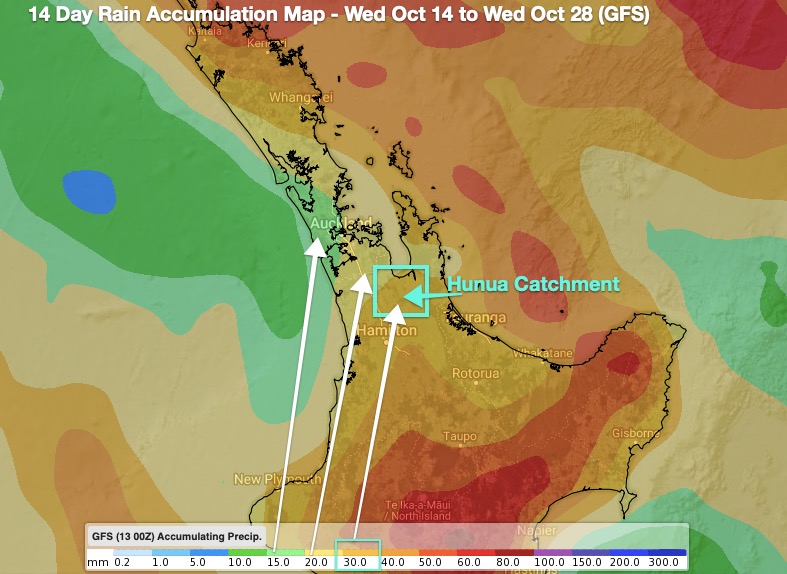 Auckland gardeners, farmers and those who rely on rain water will be happy with Tuesday’s rain – but it’s not enough, not even close, to end water restrictions.

Rainfall totals across the region varied from lower totals of 10 to 15mm up to more moderate 25 to 35mm. Some had double that though – in isolated areas some were closer to 70mm.

WeatherWatch.co.nz head weather analyst Philip Duncan says Tuesday’s rainfall was great, but it isn’t the end to the city’s problems. “We all need to keep playing our part conserving water until we get a truly soaking rain event. Either four or five similar rain events like Tuesday, or one big low that drops over 100mm in just a few days”.

“The rain yesterday will be doing some great positive things but it’s just a drop in the bucket when it comes to refilling Auckland’s water reserves”.

Mr Duncan says while La Nina has formed, NZ is a long way from the equator and La Nina this year may not be overly powerful. “La Nina is 100% the silver lining right now for Auckland’s water storage issues – but it’s not the silver bullet either” says Mr Duncan. “We are definitely seeing some big rainfall totals in the tropics directly north of us, along with an uptick in sub-tropical rainmakers. But until we see the highs breaking away from northern NZ we’ll remain in this protective mainly dry bubble”.

Another positive is that WeatherWatch.co.nz says the high pressure belt coming out of the Aussie region has started to shift south in recent weeks – which bodes better for rainmakers coming in to northern NZ.

But October, like September, looks to be well below normal rainfall-wise for Auckland. “Based on current projections the Hunua Ranges look to have about half of their normal rainfall for October” says Duncan.