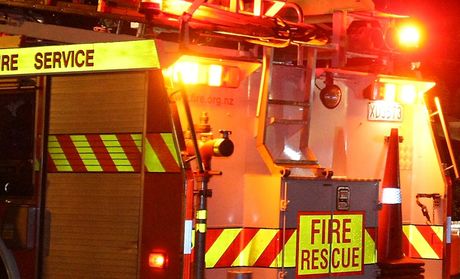 For the first time a fire ban was put in place for Auckland city just before the start of the long weekend however not everyone is taking note.

The Fire Service said they have been called to “tonnes” of jobs so far this weekend.

Nonetheless, northern fire communications shift manager Jaron Phillips said there had been “tonnes” of fires in the region in 24 hours.

There were 17 as a result of backyard rubbish burns; one from a cooking fire; one from a brazier fire; two from bonfires lit on the foreshore; and five started by fireworks.

There was a fire in Wiri in south Auckland where a hangi set a fence on fire. In another instance, a brazier was knocked over and ignited vegetation.

“It’s apparent that lots of people aren’t aware of the fire ban so they are continuing having backyard fires, setting off fireworks, having hangis and umus and using braziers,” Mr Phillips said.

Gas barbecues could be used, but not those that used solid fuel such as charcoal or those with an open flame.

It was likely many of those breaching the ban were not aware of it being in place, said Auckland Council spokeswoman Sharne Parsons.

Fire bans in other parts of the country were being heeded.

In recent weeks scrub and grass fires have taken place in the Selwyn District in Canterbury with the loss of property and crops.

Come on you Jaffas, a bit of common sense eh.