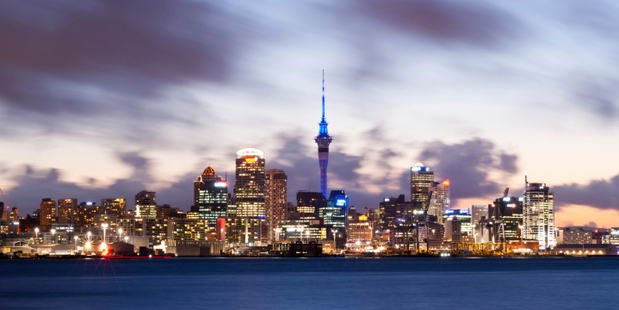 Auckland is a long way from high earthquake activity and can expect a major shake every 10,000 to 20,000 years, says a new study.

The research by GNS Science has been presented to Auckland councillors today as part of talks on a submission to the Buildings (Earthquake Prone Building) Amendment Bill.

Council civil defense and emergency management director Clive Manley said the city did have earthquakes but over a 10,000 year period would have four Japan size tsunamis, 10 volcanic eruptions and thousands of floods.

The council broadly supports the bill but wants greater focus in Auckland on other potential natural disasters.

It also wants a focus on reducing the risk of building features, such parapets and heavy ornaments, falling from building.

Epicentre might not be in Auckland itself, but in another area. We had stuffed tossed onto the floor, cracked walls inside, a split door trim and even paint ripped off the walls from a big but very deep >7 earthquake centred in the Strait off Hawera. Friend in Paraparaumu had her bookcase turn over, was screwed down but not to the studs.  EQC had to take a break from Christchurch to come up and assess damage on the Kapiti Coast. And Hawera is a long way from us, but the waves moved east. Likewise Seddon, we were whacked hard by that. The G’s in the first big Seddon quake were higher here than they were in Wellington, despite them being much closer to the epicentre.

So, nobody expected devastating Earthquakes in Christchurch did they. Even experts can be proven wrong at times. Mother Nature will do what she will when she will.