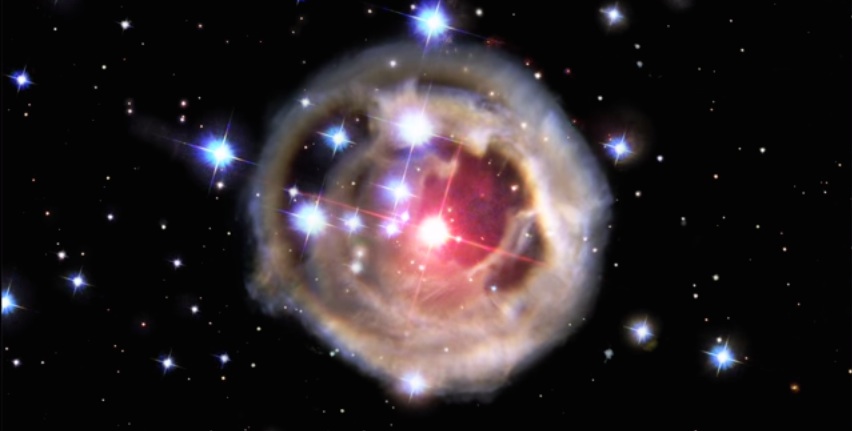 V838 Monocerotis (V838 Mon) is a red variable star in the constellation Monoceros about 20,000 light years from the Sun.

The previously unknown star was observed in early 2002 experiencing a major outburst, and was possibly one of the largest known stars for a short period following the outburst.

Originally believed to be a typical nova eruption, it was then realized to be something completely different.

The reason for the outburst is still uncertain, but several conjectures have been put forward, including an eruption related to stellar death processes and a merger of a binary star or planets.

NASA’s Hubble telescope captured the Monocerotis star’s explosion and aftermath – check it out below!