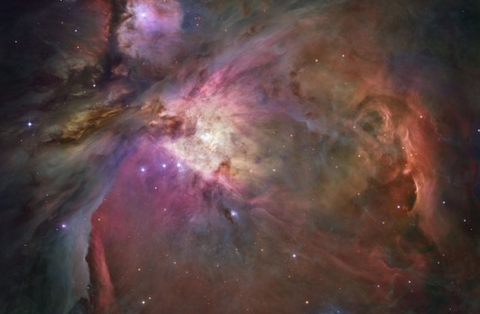 The Hubble’s infrared vision has looked deep into the heart of the Milky Way galaxy, to capture an image revealing more than half a million stars at its centre. It’s said to be the densest star cluster in our galaxy.

“Packed with stars, it is equivalent to having a million suns crammed between us and our closest stellar neighbor, Alpha Centauri,” NASA said in a statement.

“This star cluster surrounds the Milky Way’s central supermassive black hole, which is about 4 million times the mass of our sun.”

The cluster, spanning 50 light-years across, is 27,000 light years away, and was stitched together from nine separate images taken by the Hubble telescope.

“The ‘snowstorm’ of stars in the image is just the tip of the iceberg: Astronomers estimate that about 10 million stars in this cluster are too faint to be captured in this image,” NASA said.