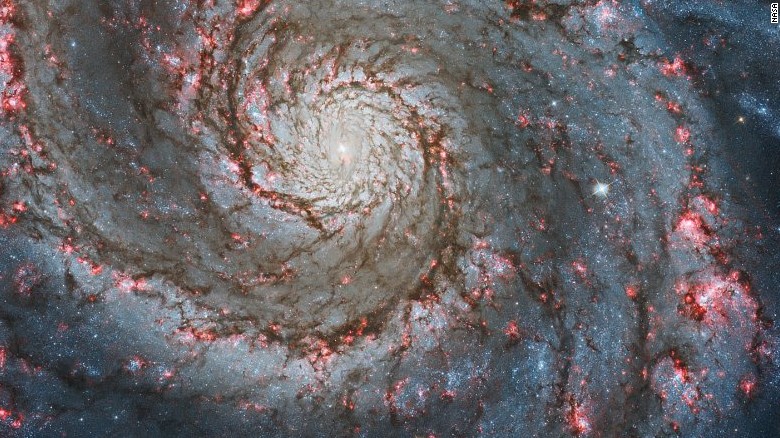 Black holes have long been known for “destroying” matter, with scientists usually referring to them as “eating” gas and stars. This reputation may be about to change.

Astronomers noticed two gigantic waves of gas being “burped” by the massive black hole at the center of NGC 5195, a small galaxy 26 million light years from Earth. It’s one of the closest “supermassive” black holes to our planet to be showing such activity.

The team believes the outburst is a consequence of the interaction of NGC 5195 with a nearby, larger galaxy. The energy generated by the sudden inflow of gas towards the black hole caused the outburst, which, according to the team, amassed enough material to prompt the formation of new stars.

“Apparently, black holes can also burp after their meal,” the University of Texas’s Eric Schlegel, who led the study, told NASA. “Our observation is important because this behavior would likely happen very often in the early universe, altering the evolution of galaxies. It is common for big black holes to expel gas outward, but rare to have such a close, resolved view of these events.”

Using X-ray images from NASA’s Chandra Observatory and optical images from the Kitt Peak National Observatory, Schlegel and his team spotted the two arcs of gas, preceded by a thin layer of cooler hydrogen gas. This suggests that the hotter gas snatched the hydrogen gas from the heart of the galaxy.

This outburst is an example of “feedback” between a supermassive black hole and the host galaxy.

“We think that feedback keeps galaxies from becoming too large,” said Harvard-Smithsonian Center for Astrophysics (CFA)’s Marie Machacek, a co-author of the study. “But at the same time, it can be responsible for how some stars form. This shows that black holes can create, not just destroy.”

According to the team, who presented the study at the 227th meeting of the American Astronomical Society, the burp happened a few million years ago: The inner wave of gas took about three million years to reach its current position, and the outer twice as much.

Can you clarify? – If the event took place at a distance of 26 million LY, then the burp happaned a lot longer than ‘a few’ million years ago. I imagine you really meant a few million years prior to the 26 million years it has taken the light to reach us??  🙂