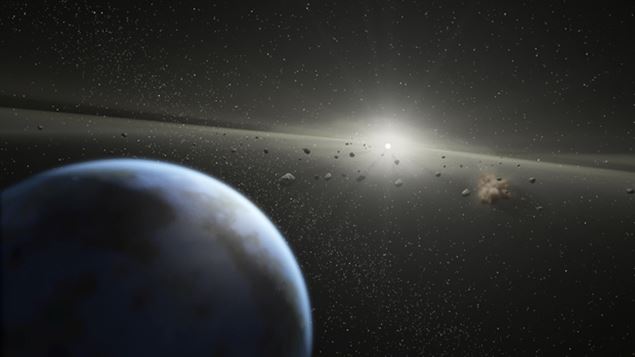 Earth will have a close encounter with an asteroid today – but the space rock will still be more than a million kilometres away.

At its closest point from our planet, it will be as far off as three times the distance between Earth and the moon.

He says the asteroid is in an oval orbit around the sun.

“And it does come close to their orbit but we have to be in just the right position to hope for an impact to occur.”

David Britten says while the asteroid’s path alters each time it passes us, Earth is safe from danger this time around.

He adds that unfortunately it will be too faint to be seen here with the naked eye.

“Even powerful binoculars would be pretty tricky, especially from the city where there’s too much light pollution.”

Star gazers in North America will have the best shot at catching a glimpse of the asteroid.

The next time an asteroid of this size is expected to approach Earth is in 2027.

The Arecibo Telescope – the largest radio telescope in the world – is one of two giant telescopes which will use radio imaging to form a picture of the shape and rotation of the asteroid.

I’d say close is when we see it skimming and leaving a vapour trail in the atmosphere as it bounces back into space after hitting the atmosphere at the right angle, saving us from devastation.