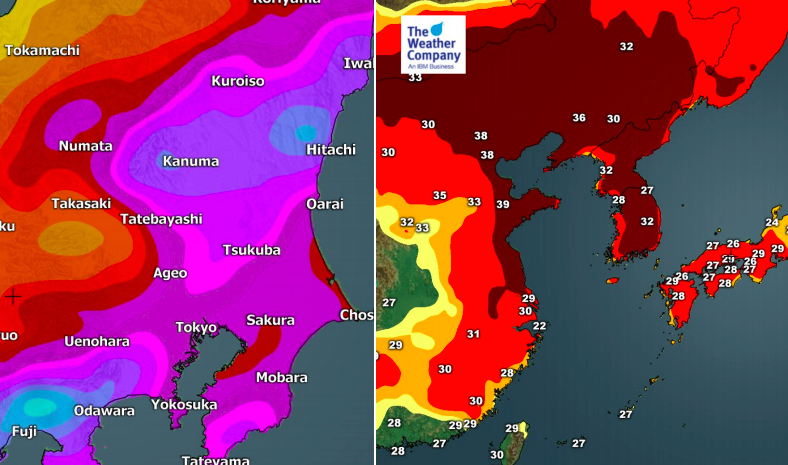 We have more international weather headlines with heavy rain impacting Japan, hot weather in India and above normal temperatures across north eastern China and Korea.

The heaviest rainfall will be as in Shizuoka with more than 100mm/12hr on Tuesday. Rain in southern Kyushu will end by Tuesday, but since there is high accumulation so far, attention must be paid to debris flow. A heavy rain warning has been issued in Miyazaki.

Totals well over 100mm are forecast and in some regions around half a metre of rain has already fallen in recent days. 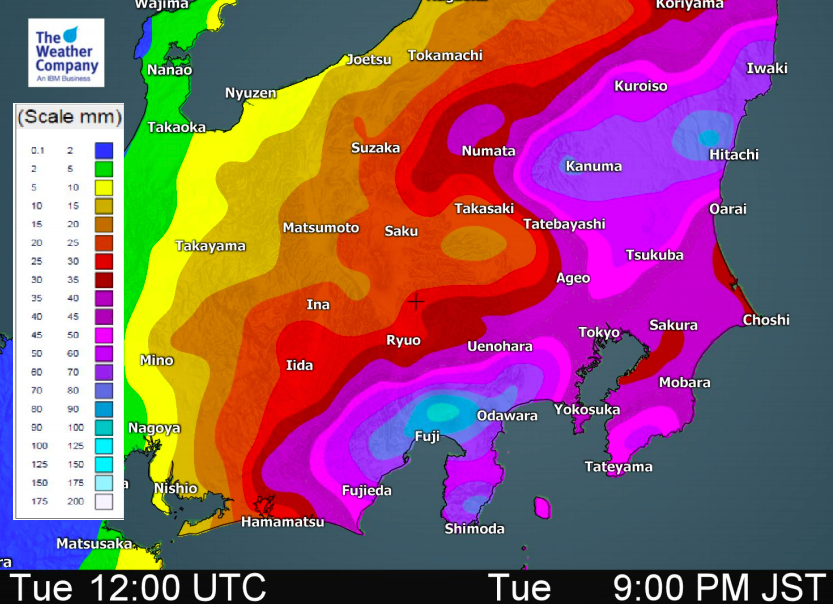 The heat continues with central India experiencing temperatures above 45 degrees in the days ahead. Yes, this is above normal for this time of the year…although it is only a few degrees Celsius above normal. Here are some bullet points for Wednesday’s weather: 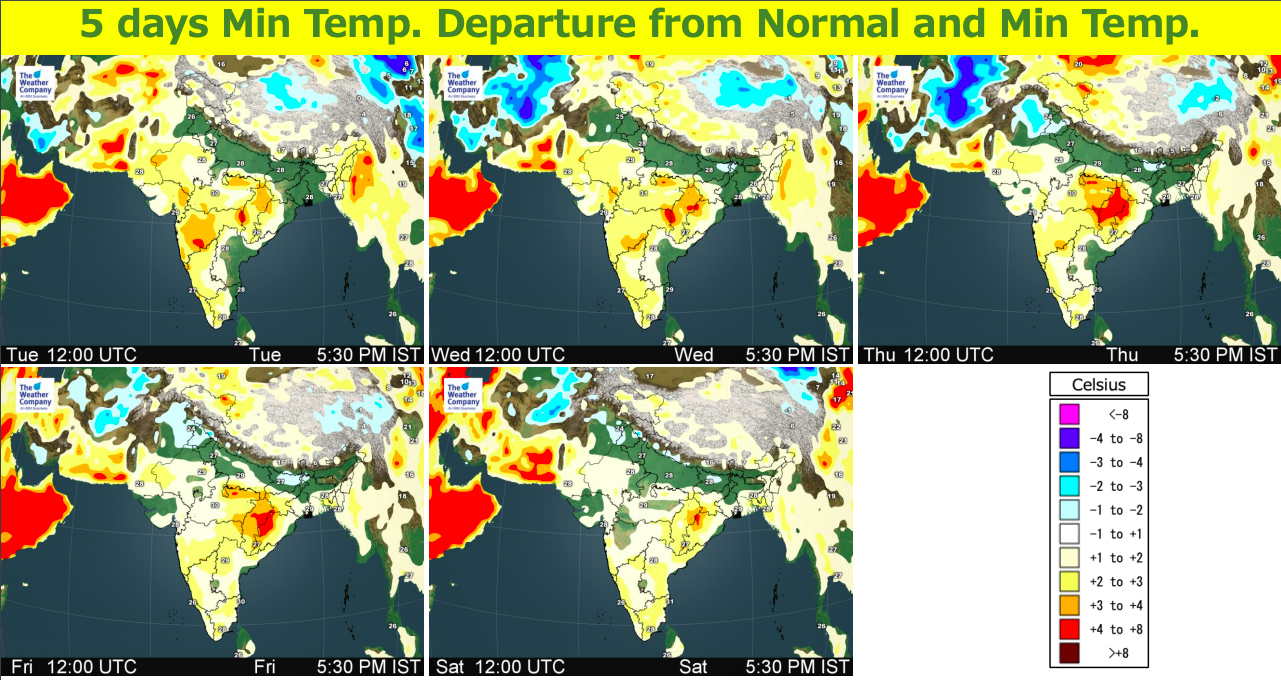 A warmer than average trend will continue on this week widely over Japan but much more so across Korea and north eastern China (Liaoning, Jilin, Heilongjiang provinces).

Generally speaking temperatures are 4 to 8 degrees Celsius above normal for this time of year.

This heat builds over the coming days. 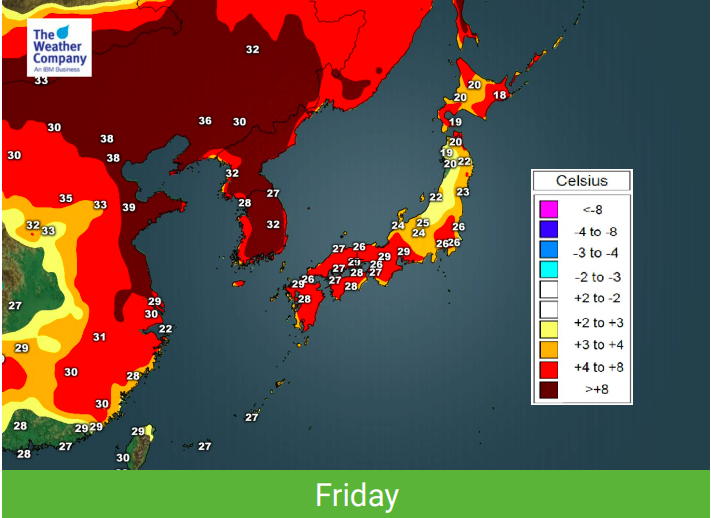 – WeatherWatch.co.nz is now providing much more additional international weather news content from around Australia, the South Pacific, Asia and North America thanks to our international partners at IBM, The Weather Company, CNN International Weather and Weatherzone Australia.