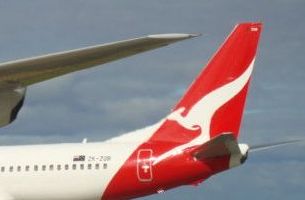 Air New Zealand is continuing to operate all domestic and transtrasman flights as per schedule.

WeatherWatch.co.nz has received a steady stream of questions from concerned JetStar and Qantas passengers since the ash cloud debacle started nearly three weeks ago.

Mr Duncan says the ash cloud remains at 20,000 feet above sea level (6kms), which he says is safe to fly under.  “You have to remember that as you come in to land all planes drop below 20,000 feet anyway.  It makes no sense to me that some airlines consider this current ash cloud a risk, it is definitely at a safe level for flying”.

The Civil Aviation Authority also maintains the ash cloud is safe to fly under but acknowledges it’s up to airlines to choose whether to fly or not.

Civil Aviation meteorological manager Peter Lechner says the ash cloud has moved up over the South Island and lies just north of Wellington at the moment.

“It’s still at 20,000 feet which allows aircraft to operate underneath the ash cloud and we expect it to slowly move off the country by the weekend.”

A secondary ash cloud remains near New Zealand with a base of just 5000 feet (1500metres) which would affect all flights and all airlines should it move in.  The good news is that It’s currently predicted to remain east of the South Island but MetService mapping shows it could impact flights over the Chatham Islands on Friday morning.

WeatherWatch.co.nz says the base of the ash cloud currently over the South Island (20,000 feet – or 6kms above sea level) is almost twice the height of Mt Cook, which is a little over 12,000 feet, or 3.7kms, high.

Jetstar taking the excuse of not flying as they are making losses. Cheaper to be grounded. All the way Air NZ. You make us proud.