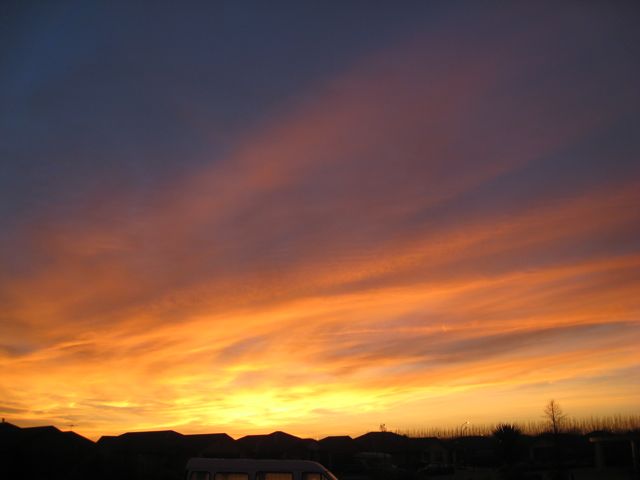 Plumes of ash were once again billowing from a Chilean volcano this morning however flights in New Zealand are underway today and many are aiming to return to normal services as soon as possible.

The ash cloud was moving to the east, away from New Zealand according to the Wellington Volcanic Ash Advisory Centre however there are concerns that flights in upcoming days and weeks could be affected once again due to further eruptions in Chile.
Laser beams have been set up Lauder, Central Otago in detecting ash and dust particles at varying heights across New Zealand skies to aid the aviation industry and so called safety flying zones.

Volcanic ash was still visible with the naked eye over some parts of the country yesterday and sunsets have continued to be quite striking.

Australia, South Africa and much of South America have been impacted by the Chilean volcanic eruption with many pastures and stock in Argentina under siege by heavy ash falls.