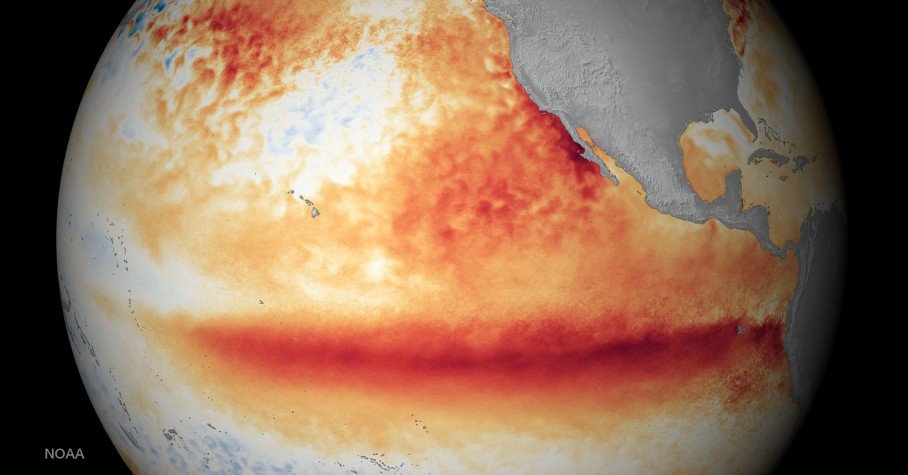 Looks like Earth is already halfway to the danger zone.

Less than two weeks before a crucial global climate summit in Paris kicks off, NOAA, NASA and other global temperature monitors released data showing that the planet is halfway to two degrees of warming, the much publicized limit of “controllable” climate change.

The list of superlatives for the month is staggering:

The NOAA data is backed up by similar data sets maintained by NASA and the Japan Meteorological Agency, which also ranked October as the hottest month on record compared to average. All of this virtually guarantees that 2015 will rank as the warmest year overall, breaking the record that was set just last year. 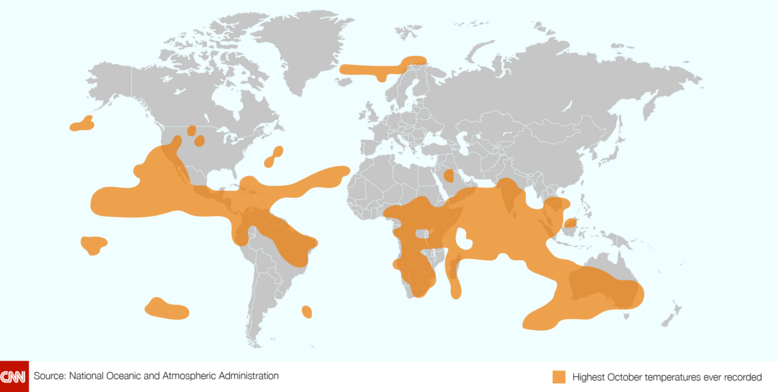 The temperatures got a boost this year from what may end up being the strongest El Nino ever recorded reaching its peak. El Nino, which is characterized by warming of ocean waters in the tropical Pacific Ocean, is helping to drive global temperatures upward this year. With all of the extra heat coming from the oceans during an El Nino, years that feature the phenomenon tend to be the warmest years, whereas years that feature a La Nina — which contain cooler than normal waters in the Pacific — tend to be the coolest years.

And while this year’s El Nino is already one of the three-strongest El Nino events ever have seen, it cannot fully account for all of the warming. After all, 13 of the 15 warmest years on record have occurred since the year 2000, and this is the first year to feature a strong El Nino since 1998. In fact, recent La Nina years, such as 2010 and 2007, were warmer than El Nino’s that occurred several decades earlier. So while El Nino and La Nina can move the needle a little up and down, the overall trend continues to climb higher and higher thanks largely to man-made climate change and greenhouse gas emissions.

But when you add in a super-charged El Nino on top of a planet being continually warmed by greenhouse gas emissions, you wind up with years that are literally off the charts.

So what happens if the planet breaches the two degrees of warming threshold? Nothing good, according to reports reviewed by CNN’s John Sutter, who has written extensively on the subject.

Sutter — who pulled reports from the National Research Council, the Intergovernmental Panel on Climate Change and the World Bank — says wildfires in the United States could significantly increase in size, hurricanes would be slightly more intense, more species would be at risk for extinction, Arctic ice would continue to melt, crop yields would decrease and the availability of freshwater would significantly decline.

What is the point of arguing this? The oil will run out eventually, so let’s put more money into a wide range of new technologies and behaviours (alternative energy generation, recycling, generally better use of a finite resource, etc) instead of continuing to make a few very rich people even richer because we can’t be bothered to make some effort to change our behaviours.

Come on, New Zealand. Quit being so short sighted. Don’t any of you have any children you care about at all?

It was warmer in the MWP and life flourished. Half way to some mythical warming limit, rubbish.

As for data RSS and UAH satellites (calibrated with real data from thousands of radiosondes) show no warming for nearly 2 decades now. In 1990 NASA stated satellites should be adopted as the standard way to monitor temperature change because they were more accurate. Look also at USCRN data (which was set up to be the gold standard in surface temperature data) it basically shows the same as the satellites.  Now why aren’t these data sets used or mentioned, not convenient is it.

The October 2015 UAH lower troposphere temperature anomaly is +0.43 c highest for October  – in 1998 several months before October were higher though.

Do a search for – alterations to climate data