Are we in for another Polar blast? 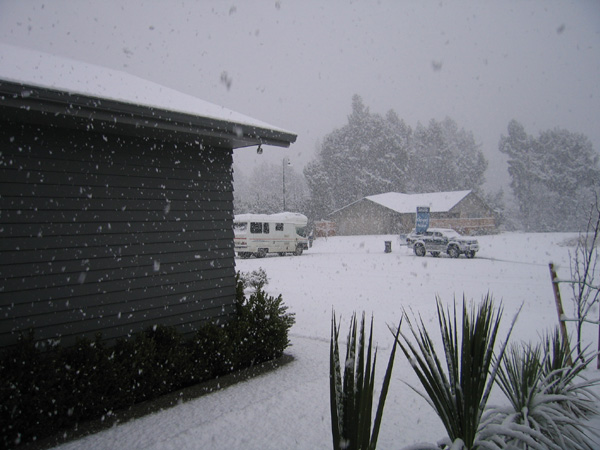 Another polar blast is on the cards following a relatively mild start to July.  WeatherWatch.co.nz says the latest computer models and data show a possible prolonged cold snap starting this weekend in the South Island and quickly spreading north.

Snow is forecast to low levels, with some flakes possibly to sea level, along the South Island’s southern and eastern coastlines with the coldest air arriving on Sunday and Monday and possibly another cold outbreak later next week.

The cold air is expected to surge north with WeatherWatch predicting a high of just 11 degrees in Auckland on Sunday or Monday.

Computer models show the air may come straight off the polar caps making it super chilled.  The cold air may also bring severe frosts back to Waikato, an area that is sheltered from southerlies.

On Sunday a deep sub-tropical low is expected to skirt past East Cape and should help intensify the south easterly flow over the North Island.

WeatherWatch.co.nz will closely monitor this possible cold snap so check back over the next 48 hours as the computer models firm up their predictions.

There have already been some very cold polar outbreaks since May. I hear that sea temperatures have been colder than normal to the south and east of NZ – could this be why very cold air is being pushed onto us without warming as much as it should. Could we see several more icy blasts (ie snow to low levels in both islands, not just the South Island) this winter?