Archive: WeatherWatch.co.nz from the beginning 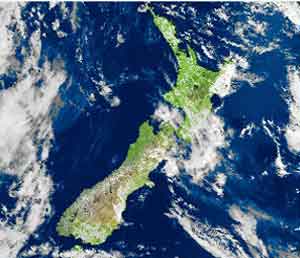 We’re into our fifth year this year at WeatherWatch.co.nz and we’ve published all sorts of news based weather stories in that time but more importantly we couldn’t have done it without your help and contributions.

We have also covered other big events such as the Christchurch earthquakes and the Japanese quake and resulting tsunami.

HOT AFTERNOON ACROSS THE NATION…TEMPS HIT 30

Summer temperatures have again burst back across regions at both ends of the country thanks to clear skies and little wind. “The sun is still packing a lot of heat and with the ground so dry and the skies so clear, the temperatures are soaring right across New Zealand” says head weather analyst Philip Duncan.

Duncan says the hottest city in the country is Dunedin this afternoon, sweltering on at least 30 degrees. “Southland, Otago and Canterbury are all feeling the heat too. It’s 26 in Invercargill, 28 in Lumsden and 27 in both Gore and Timaru. Christchurch has a slightly cooling easterly keeping the temperature in the low 20’s”.

In the North Island and a cool southerly has kept the temperature gauge around the late teens for Wellington, while in Manawatu farmers will be unhappy with the clear skies and temperatures of around 27 degrees, removing more moisture from the soil. Waikato farmers equally will be disappointed with the hot dry weather making a return. “Temperatures are hovering around 26 degrees from Hamilton right across to Te Aroha and Paeroa.”

Gentle sea breezes have kept Auckland on a very comfortable 24 degrees this afternoon.

Duncan says similar weather will return tomorrow and Thursday, with Easter weekend looking “pretty good” right across the country at this stage.

Have been with ya most of the way.. Keep up the good work guys..