April breaks another global temperature record – makes 7 in a row 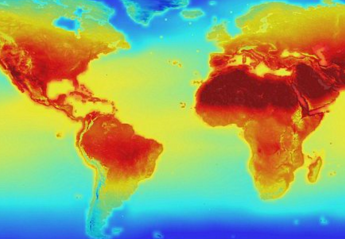 April was the seventh month in a row to break global temperature records, and climate scientists are yet again calling for action.

Figures from Nasa show the global temperature of land and sea was 1.11 degrees Celsius warmer in April, than the average temperature before industrial times.

Victoria University climate scientist Professor James Renwick told Rachel Smalley records are being smashed again and again, and if we’re going to halt the effects of global warming, we need to act.

Global temperatures show April is the fourth record-breaking month in a row this year https://t.co/pkSGyVoLkP #AiMRT

“We had a maximum temperature of 30 degrees in Masterton the other day which was 15 degrees above average for the time of year.”

Professor Renwick said it’s clear the planet’s suffering from global warming – which shouldn’t come as a surprise to anyone.

“Personally I think it’s already a bit late, but to keep temperatures below two degrees above that early level then it can be done, but we really need to take action immediately.”