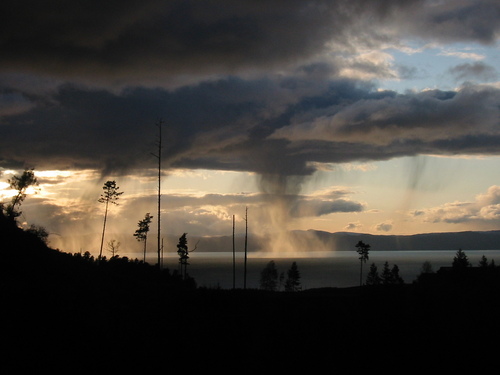 By now dawn services will have pretty much been and gone and the weather was varied across the country early this morning.

The day ahead looks changeable also and warmest areas are set to be over the north and east of the country and up to three to five degrees higher than average in some areas.

Random showers coming and going does seem to be a small theme nationwide early today but long, dry spells are also expected however very few areas will see blue skies all day and evening/night.

“Earlier this week the weather did look a lot more boisterous than what now seems to lie ahead for the day” says Weather Analyst Richard Green.”There’ll be a few bumps along the way but dry areas and some sunshine here and there should allow quite a few Kiwis to enjoy Anzac Day at some stage outdoors”.

WeatherWatch believes there’s also the chance of some rain or showers along coastal areas of the west and south of the South Island.
Christchurch should see a fairly warm day with the low to mid twenties on the cards which is about five or so degrees above where it should be at the end of April.
Auckland is set for some showers but also dry areas are in the mix.The thermometer should max out in the low twenties.
Wellington is looking largley dry for much of the day but some showers may not be able to be avoided either and Dunedin could see some light rain off and on.

Last night lightning and thunder featured over western and northern areas of the North Island including parts of Auckland city and some localised heavy downpours also resulted.
Elsewhere there were showery spells but also clear conditions in the mix and long enough for some to witness a near full moon.

Friday and Saturday appears to see rain move up and along western and southern regions of the country but by Sunday most of us will be in the clear with sunshine for many regions.