Any room for a Category 6 Hurricane? 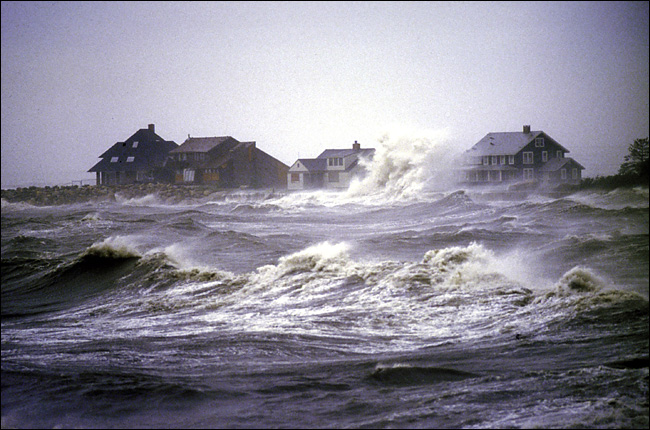 Hurricanes like Irene are predicted to be more powerful this year, thanks to natural conditions, but researchers disagree on how to rate that intensity.

Atmospheric researchers tend to agree that hurricanes of unusual ferocity are coming this century, but the strange fact is that there is no consensus to date on the five-point scale used to classify the power of these anticipated storms.

In what may sound like a page from the script of the rock-band spoof Spinal Tap with its reference to a beyond-loud electric guitar amplifier volume 11, there is actually talk of adding a sixth level to the current Saffir-Simpson hurricane scale, on which category 5 intensity means sustained winds higher 250 kilometres per hour for at least one minute, with no speed cap.

The lack of an upper limit on the scale results in all of the most intense tropical cyclones getting lumped together, despite their wide range of power. Category 5 becomes less descriptive when it includes 2005’s Emily, which reached peak wind speeds of 257.5 kph  and six hours in category 5; the same year’s Katrina which held peak wind velocity of 280 kph for 18 hours in the category; and 1980’s Allen, churning with peak winds at 305 kph maintained for 72 hours in the highest category.

If the new category is introduced here’s hoping it won’t be needed in coming years and decades however it could be best to be prepared.

Image of Hurricane Irene lashing the US

There probably doesn’t need to be a Cat 6,

If there are sustained winds over 250kph then everything gets destroyed end of story.

Comparable with the enhanced Fujitsu scale, when you get to F5 tornados then it doesn’t really matter after that, everthing is gone.

LOL that should be Fujita, Fujitsu is my heat pump!