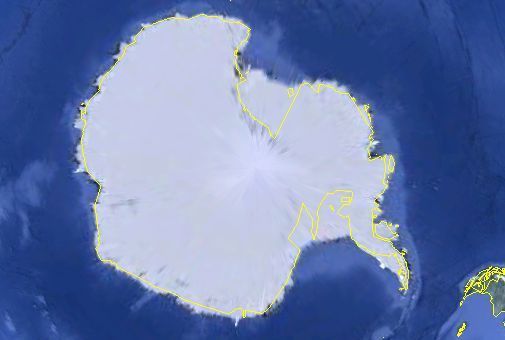 The melting of Antarctic ice could release huge amounts of greenhouse gas trapped under the continent’s surface – creating a feedback loop that would accelerate climate change.

Scientists have found the Antarctic ice sheet could be a major hidden source of methane, with vast amounts of the potent greenhouse gas being released into the atmosphere as chunks of the sheet collapse into the ocean.

A five-year United States study suggests that old organic matter in oxygen-deprived sedimentary basins may have been converted to billions of tonnes of methane.

The shallow depth of these huge Antarctic reserves also means their effect on climate change could be more powerful than other methane hydrate reserves elsewhere on the planet.

The trapped organic material that created the gases was a relic of life that teemed in Antarctica 35 million years ago, study co-author Slawek Tulaczyk said.

“Our modelling shows that over millions of years, microbes may have turned this old organic carbon into methane.

“Our study highlights the need for continued scientific exploration of remote sub-ice environments in Antarctica, because they may have far greater impact on earth’s climate system than we have appreciated in the past.”

Victoria University associate professor of physical geography Jim Renwick said: “Methane is the more powerful greenhouse gas – it doesn’t stay in the atmosphere anywhere near as long as carbon dioxide, but while it’s there it does a pretty effective job of absorbing heat from the earth.

“If a lot of methane did suddenly get released into the atmosphere, it would have a large effect,” he told the Herald.

Separate findings at the opposite end of the globe have signalled warming is happening at an alarmingly fast rate.

New analysis found Arctic sea ice had melted to the lowest extent seen in records that began more than 30 years ago, breaking the previous record low observed five years ago.

Dr Renwick described a rapid melt rate at the start of the month, where an area nearly the size of New Zealand disappeared each day, as “just jaw-dropping”.

“This event unfolding in the Arctic Ocean right now should be a wake-up call to governments worldwide that climate change is a serious threat, and it is not [a] distant menace, it is on our doorstep today.”