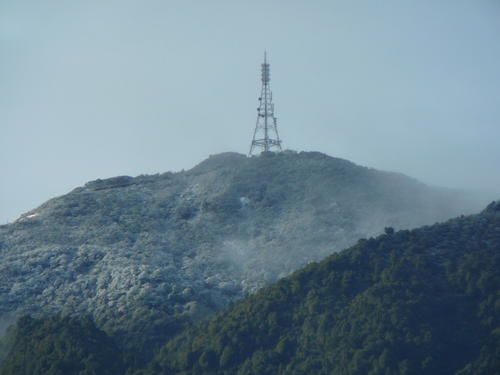 Bitter frosts this morning have followed the most widespread snowfall in New Zealand in 16 years.

The MetService has lifted all snow warnings, which had been in place for Taupo, Wanganui, Manawatu, and Taihape, as snow showers have now cleared in the central North Island.

However as the skies have cleared, severe frosts have set in, particularly in the South Island.

WeatherWatch.co.nz reported severe frosts in southern centres this morning, with the mercury dropping to -8 in Queenstown, -7 in Timaru, and -5 in Christchurch.

Yesterday saw the most widespread snow since 1995, with snow driven by a cold southerly falling from the southern tip of the South Island to Waikato, including in unusual spots such as Nelson, Palmerston North and the Kaimai Ranges near Tauranga.

The snow blanketed Christchurch in white.

The city had the heaviest snowfall, dumps of 30cm and 15cm disrupting electricity, transport, health and education services.

The University of Canterbury will reopen again this morning at 11am after closing yesterday. Christchurch Polytechnic Institute of Technology remains closed for a second day.

Elective surgery and outpatient clinics at Christchurch Hospital were cancelled.

The St John ambulance service was called to 24 incidents in the South Island – eight in Christchurch – in which people injured themselves by falling on ice or snow.

Later in the day, the cold air moved north, bringing snow flurries to Wellington. Some snowflakes drifted on to downtown Lambton Quay.

MetService said Greytown, in Wairarapa, had its first snow in 70 years.

“It’s winter and spring that concern us the most,” he told Radio New Zealand.

“Winter [weather] in winter is okay and we do have plans in place.”

National Institute of Water and Atmospheric Research climate scientist Georgina Griffiths said the temperature at a weather station in Whangaparaoa, north of Auckland, dropped to 4.5C.

Dr Griffiths said that the last time it snowed in Auckland, in June 1976, the temperature was between 4C and 5C.

The snow caused havoc yesterday, closing highways in both islands.

While snow has been cleared from most South Island highways, black ice on roads pose a danger to motorists and chains must be carried on many highways.

State Highway 85 from Palmerston To Kyeburn and SH87 from Outram To Middlemarch remain closed.

In Dunedin, main arterial routes are back open but many streets around the city’s hillside suburbs remain treacherous.

“Some of the roads are clearer now, but it’s only the main ones, if you can get to the main roads, then it’s not quite so difficult.”

In the North Island, snow overnight has kept the SH1 Desert Road down to Taihape, SH4, and SH2 at the Rimutaka Hill Road, closed.

Flights out of Christchurch are set to resume at 10am, after ice in the aircraft parking areas around the terminal cancelled flights out of the city this morning.

A few Jetstar flights came into the airport last night, and a Pacific Blue flight arrived from Sydney at midnight.

Travellers are asked to check with their airlines before coming to the airport.

Around 150 people slept at the airport last night.

“Quite a number of disrupted passengers, international passengers, a few people bunked down in the terminal overnight,” he says.

Mr Eban said staff have had to clear snow from the runways and aprons, before sweeping them down and then spraying them with a de-icing agent.

Aucklander Marco Smolcic booked flights out of Queenstown, then Christchurch, but planes could not land or take off and the road between the two cities was shut.

The next available flight for his family of four is Thursday.

“It’s an expensive delay, but I guess I just have an extended holiday,” said Mr Smolcic.