Another wet week for Queensland 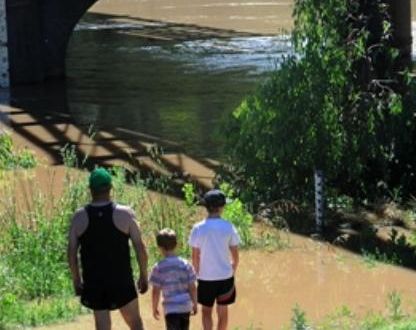 Queensland is bracing for another wet week but downpours won’t be as heavy and widespread, minimising flood risks, forecasters say.

‘Rolleston remains completely cut off,’ he told AAP on Monday.

‘It’s been a sunny weather weekend, you wouldn’t know there’s a flood on.’

He said the road to Rockhampton was expected to reopen later on Monday allowing stranded trucks and tourists to get through.

Queensland Rail was also working to reopen the rail link to Rockhampton as soon as possible, he said.

The wet weather kept emergency crews busy on Sunday, with 29 jobs at Redlands south of Brisbane.

Bureau of Meteorology senior forecaster Tony Auden said conditions would be wet across central and southeast Queensland this week.

‘We’re expecting not widespread rainfall, as such, but fairly active thunderstorm and showers right through the week,’ he said.

‘There will be the odd sunny break … but for the most part falls should be lighter than what we have seen over the past three or four days.’

He said central Queensland towns coping with weekend floods were in for more rain.

‘They’re in for showers and thunderstorms and there’s a chance of flash flooding risk,’ he said.