Another week ahead – thankfully, less windy 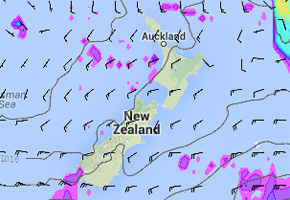 Yes another week rolls on and hopefully most are having a good Labour Weekend. Still one more day to go and we’ll start off with our look into the week ahead with Monday of course. This coming week looks a lot less windy then it has been recently which will be a good change, there is less chaotic weather in the mix also but there may be a few isolated exceptions. So, without further ado.

For the North Island you can expect west to southwest breezes for most with a mix of sunny areas and some cloud, there may be an early morning shower for areas south of Taranaki. In the west for much of the day north of Taranaki there is the chance of a brief light shower at times drifting in but conditions are expected to be mainly dry overall. About the ranges of Gisborne, Hawkes Bay and eastern Bay Of Plenty there may be an isolated shower or two late afternoon and early evening.

For the South Island, south to southwesterly breezes in the east swing round to the northeast in the afternoon and may become brisk for a time late afternoon and evening along the coast so not an amazingly warm day ahead although it will be dry. Inland areas may see light winds from afternoon with slightly warmer temperatures. About Southland and the Catlins early showers clear then expect sunny areas and some cloud with breezy westerlies. Sunny spells on the West Coast with west to southwest winds, the odd shower sticks about Fiordland.

Tuesday could see a cloudy start in the west of the North Island north of Taranaki with the risk of an early light shower, becoming mostly sunny in the afternoon with west to southwest breezes. Mostly sunny about the Bay Of Plenty although there is the risk of an afternoon shower mainly in the east. Mainly sunny in the east although northeasterlies build in the afternoon, a few isolated showers late afternoon about the ranges of Hawkes Bay and Gisborne, this time with a chance of thunder. Sunny for Wellington with breezy northerlies.

To the South Island. Showers in the west south of Greymouth clear around midday, a few sunny areas develop in the afternoon north of Haast. Sunny about the top of the South Island and along the east coast with north to northeasterly winds. West to northwest winds about Southland and Central Otago with mostly sunny weather.

A low pressure system in the Tasman Sea moves towards the West Coast of the South Island on Wednesday, so….. for the North Island expect mostly sunny conditions with a northwest airflow increasing during the day, a few showers move in from the west overnight although eastern regions should remain dry with some high cloud.

Thursday will come round again quickly so lets see how the end of the week finishes. A west to southwest airflow lies over the country, sunny spells for much of the North Island with a few showers north of Auckland during the day. Eastern areas will experience the best weather.

In the South Island expect showers at times on the West Coast. Southland should start the day off ok, showers move in during the afternoon with southwesterlies. North of Banks Peninsula on the east coast looks to have a settled day, south of Banks Peninsula through to coastal Otago for the most part conditions will be settled too, however…… Late afternoon and evening a few showers could move in as an unstable airflow approaches and this could have the goods to produce a thunderstorm and have some hail in the mix so something to watch.

At the end of the week the unstable airflow approaches the North Island so this could mean showers, some heavy with a risk of hail and thunder. Some areas may remain dry and sunny however especially the lower North Island. In the South Island expect showers for most but sunny spells too as a southwesterly airlflow lies over the Island. Showers clear overnight and this could bring some potential for a light frost. 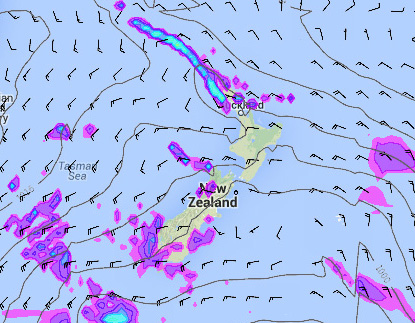 Steady wind in Palmerston North over the weekend. Good for mussing up hair! Brilliant sunshine too.

More wind here this afternoon than the last few days.