Home > News > Another warm day today and another cool ...

Another warm day today and another cool night tonight (+3 Maps) 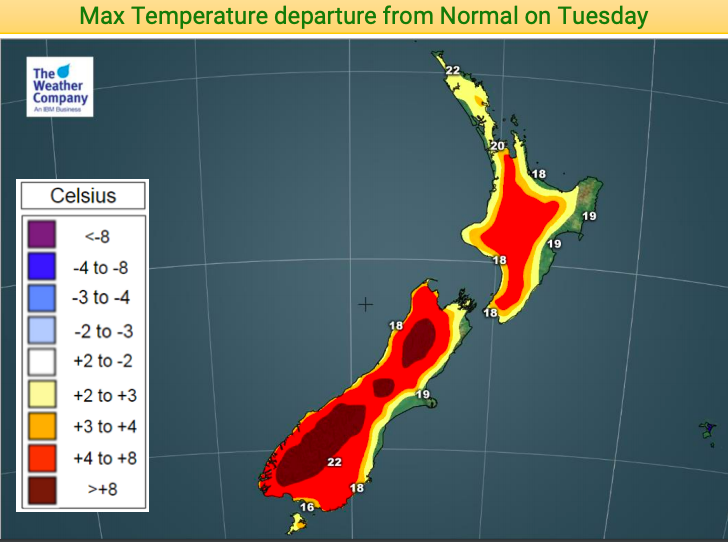 If you’re find the days warm and the nights cool, you’re not alone. Data WeatherWatch.co.nz exclusively used from IBM shows just how much warmer than average the days are with some inland parts of the South Island over 10 degrees above normal for this time of year.

Sea breezes around the country will also encourage hotter weather inland but some coastal fringes won’t be warmer than average and that includes where temperatures are “officially” taken at the airports in places like Auckland, Wellington, Tauranga and Napier. Hamilton, Palmerston North and Invercargill are the three cities most likely to enjoy temperatures well above normal for mid November.

These breezes will tomorrow put the Central North Island and South Waikato/King Country at risk of heavy afternoon downpours with thunderstorms.

But the nights are not so warm.

As we’ve been seeing lately the lighter winds and clearer skies can lead to cooler weather. Most of New Zealand will have average overnight lows tonight but some parts of Auckland and Northland will actually be cooler than normal.

This pattern looks set to continue for many places for the next week although overnight lows are likely to lift a bit in the nights ahead for some regions as westerlies pick up a little for a time. Calming high pressure returns next week and slowly tracks over New Zealand bringing more warm afternoons and cooler nights/mornings. 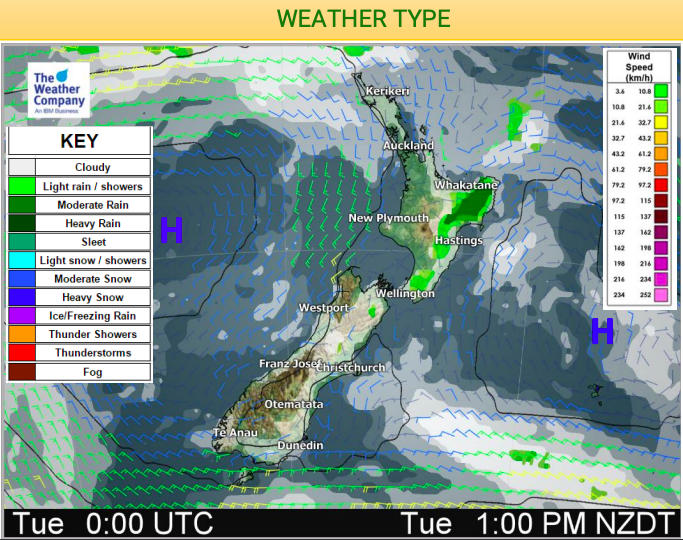 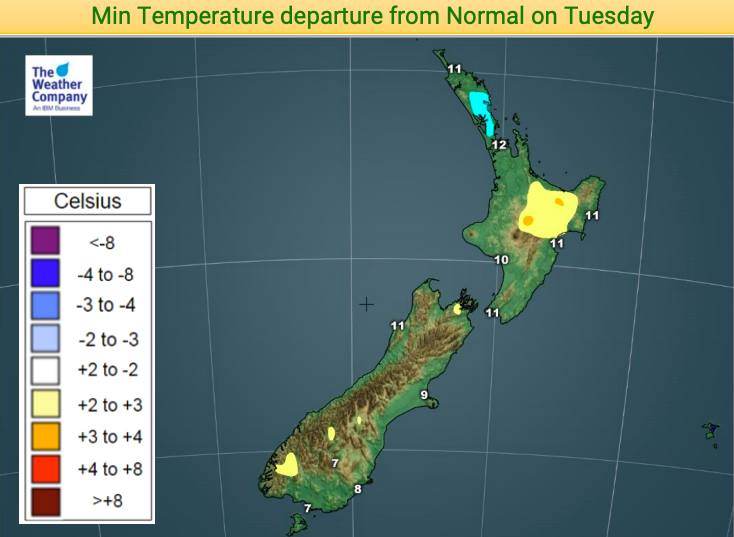