Home > News > Another thunderstorm risk for both islan...

Another thunderstorm risk for both islands today 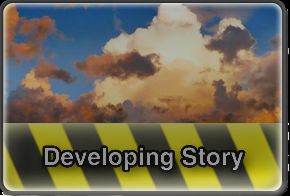 MetService says an east to southeast gradient covers the North Island today, although afternoon onshore breezes are still expected in western areas. “The convergence between these opposing flows and afternoon heating are again expected to produce showers and thunderstorms about central and western parts of the North Island”…

“There is a high risk of thunderstorms this afternoon and evening about western parts of Waikato down to inland Wanganui, and a moderate risk extending further across to the western Bay of Plenty and Central Plateau, and also about northern Manawatu and southern parts of Auckland” says MetService.

“Any thunderstorms that eventuate here are likely to be slow moving and therefore produce heavy rainfalls of 15 to 25mm per hour, and possibly more. Hail of up to 20mm in diameter is also possible with any of these thunderstorms. There is also a low risk of thunderstorms for the remainder of Auckland, Bay of Plenty, Manawatu, as well as the Kapiti Coast and Wellington, as indicated on the  chart” (see below)

MetService says showers are again expected to develop over inland parts of the South Island this afternoon, with further thunderstorms likely. There is a high risk of thunderstorms about the ranges of Nelson, Marlborough and North Canterbury late afternoon and early evening, with a moderate risk extending down through the remainder of the Canterbury High Country. Any thunderstorms that eventuate in these areas are also likely to be slow moving, with rainfall rates of 15 to 25mm per hour, or possibly more, and with hail up to 15mm in diameter.

WOW what a week of thunder… Its been so good to see some lighting around. I just wish we had some of it in Tauranga.

Will we miss out again today? or could Tauranga get in on some of the fun?

WOW what a week of thunder… Its been so good to see some lighting around. I just wish we had some of Tauranga.

Will we miss out again today? or could Tauranga get in on some of the fun?

You’re doing a great job at keeping up with all this Phil. Must be what you live for eh!

It’s certainly a lot of fun watching them… but the hours are VERY long with all the updates.  Im looking forward to a quiet weekend this weekend and hopefully some good long sleep ins!  Richard Green is working this weekend… he’s getting jealous that all the storms are in the North Island!!

He’s not the only one!
Trying to it along the foothills this afternoon along the Alps but not enough ‘oooomph’