Another space race? China to explore ‘dark side of the moon’ 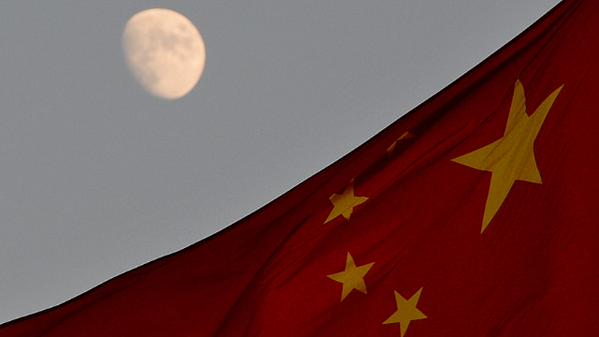 China has confirmed it plans to send a spacecraft to land on the moon’s “dark side” before 2020, state media reports — a mission, which, if successful, would make it the first country to do so.

The mission will be carried out by the lunar probe Chang’e-4, Zou Yongliao, a scientist at the Chinese Academy of Sciences said at a deep space exploration forum on Tuesday.

In May, Wu Weiren, the chief engineer for China’s Lunar Exploration Program told state-run broadcaster CCTV that China would send the Chang’e-4 spacecraft to orbit the moon before sending a rover to the surface.

China plans to land a spacecraft on the â€œdark sideâ€ of the moon, something no country has done http://t.co/brgiGbea2o pic.twitter.com/PxiUEDxrwG

“We probably will choose a site on which it is more difficult to land and more technically challenging… Our next move will probably see some spacecraft land on the far side of the moon,” Wu said.

China successfully landed a spacecraft — the Chang’e 3 — on the moon in December 2013, becoming only the third nation after the United States and Russia to land on the moon’s surface.

While the side of the moon not visible from earth has been observed by various probes, a landing has never been attempted.

When contacted by CNN earlier this year, Wu declined to comment further.

“China to explore ‘dark side’ of the moon” @CNN http://t.co/uctuKslNPa Makes sense since they don’t like Bon Jovi pic.twitter.com/jgOintVfOb

The Chang’e 4 spacecraft was initially designed as a backup for the Chang’e-3, which released a lunar rover named “jade rabbit,” which is still working on the moon.

The Chang’e-3 mission marked the completion of the second phase of China’s lunar exploration program, which focused on orbiting and landing on the moon.

In March, China’s official news agency Xinhua reported that China will start its third phase in 2017 by launching the Chang’e-5 spacecraft.

Its mission includes orbiting, landing on the moon and then returning to earth.

After making a soft landing on the moon, the lander will dig and collect rock samples from up to two meters below the surface.

Ouyang Ziyuan, a senior consultant with the lunar exploration program and a member of the Chinese Academy of Sciences, said that Chang’e-5 will be launched at the newly-built Wenchang Satellite Launch Center in Hainan, an island off southern China.

“Since Chang’e-3 successfully completed its mission, we have had more time to explore a more comprehensive mission for Chang’e-4,” he said.

“That’s why it’s possible for Chang’e-5 to launch to the moon before Chang’e-4.”

Ouyang said at the time he wasn’t authorized to give details of the mission to the moon’s far side.

Captured by an orbiting service module they were taken from a point 30 kilometers, or about 19 miles, from the moon. The pictures had a resolution of one meter, according to China’s State Administration of Science, Technology and Industry for National Defence.

Some security experts fear China’s ambitious lunar exploration program could mean a future of Chinese dominance over the moon’s resources.

These include water and Helium 3 — a clean-burning fuel that could potentially offer an alternative to nuclear power.

Other nations are trying to match China’s accomplishments in space — in what some observers are calling an Asian space race.

Japan’s space agency recently announced that the country would land an unmanned rover on the surface of the moon by 2018.