Home > News > Another rain maker flirts with the North...

Another rain maker flirts with the North, heats builds in the South 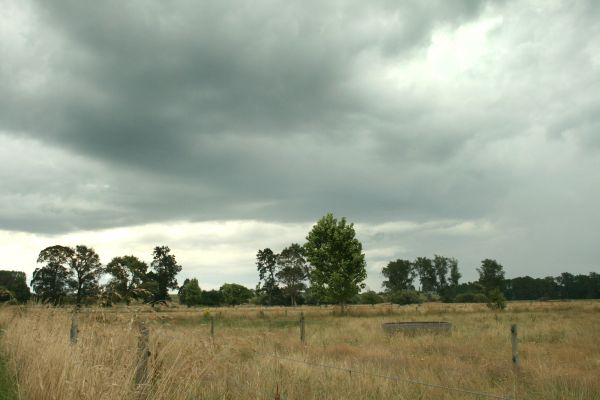 Last week a low with sub-tropical connections brought areas of torrential rain – while other parts of the same region missed out.  This week another low is in an almost identical position bringing, once again, the chance for ‘hit and miss’ heavy falls.

Head weather analyst Philip Duncan says northern facing regions are most exposed to the heaviest rain.  “Places like Northland, Coromandel Peninsula and Bay of Plenty look most exposed to these areas of heavy rain, mixed in with plenty of cloudy dry spells and drizzle patches too”.

Mr Duncan says a poll run by WeatherWatch.co.nz at the weekend showed 62% of those who responded didn’t receive enough rain from last weeks low.  Just 31% said it was a ‘perfect’ soaking.

The rain this week comes just days after WeatherWatch.co.nz told dairy giant Fonterra to brace for an increasingly dry month ahead, despite the recent rainmakers.  Fonterra agreed with WeatherWatch.co.nz that the month of December was critical to many in the north following a drier than average spring.

However city and town folk, perhaps with the exception of those who rely on rain water, are increasingly loving this weather pattern which has delivered hot weather to the north.

“Normally by late November and early December the news is all about how hot the South Island and eastern North Island have been – this year it’s been about how hot and dry the north has been and how wet, cloudy and cool many southern areas have been”.

Mr Duncan says a heat wave this week will form over southern and eastern areas and highs are likely to push up around 30 degrees, especially when a strong nor’wester kicks in late this week across the country due to a Tasman Sea low (which is dropping into the Southern Ocean but will bring some rain to the West Coast and a few showers elsewhere).

Been very steady on/off rain or showers since yesterday here in Whangarei, very few dry patches so far and wind coming in bursts. Knocking too many plums of our tree. Temp remained fairly cool yesterday compared with recent weeks but today it is feeling more humid but still only made 19 so far. Only cut the grass a week ago and already looking for another cut.

It’s been raining continously for past 2 hours in Takapuna since i got up. Some very heavy falls too. Very good for the garden!

Fantastic – REALLY pleased to hear that! Could be some more isolated heavy falls this afternoon or evening too.  Fingers crossed!

So far a very different “start to summer” and pattern from last year,more influence from the north (although anticyclonic) been less anticyclones in the tasman this time to date.