Another day, another front 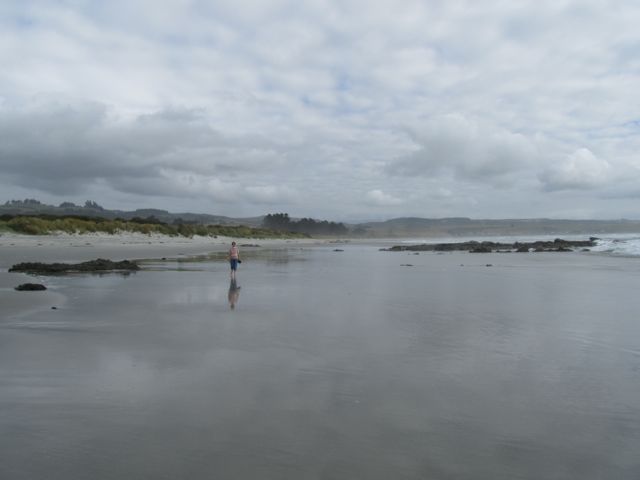 This Spring has seen a succession of fronts moving over the country, delivering their contents and then moving on.There’s nothing unusual in that but it’s been prolonged for more than two thirds of the country.

Today sees a fairly active front moving onto our southern shores and it could pack a bit of punch for quite a few areas with a chance of a decent dousing behind the front in eastern areas of the South island as the winds swing to the south tomorrow.

Overnight and temperatures were up to 7 or 8 degrees above average over a few southern centres as a nor’ wester started to pick up speed.
Gore and Lumsden saw the mercury in the mid teens and Nelson has seen a sou’ wester rise and the temperature near the 15 degree mark first thing this morning.Oamaru has a northerly beginning to crank up a little and inland, Queenstown and Wanaka are also seeing a westerly starting to motor along.

“No sooner do we catch our breath from a blustery southerly change in the south and then the next one pops up” says weather analyst Richard Green.”It’s been relentless lately and that’s pretty much expected as this time of year but much of the country has seen it a little longer than usual perhaps” he says.

Another front is likely to move in again midweek for the south but appears to lack the bite of this current one.

Anticyclones have struggled to hang around much at all during this Spring howvere there are indicators in the long range forecasts that high pressure systems are inching closer and we should see an easing of the inclement conditions.

Summer is officially underway in just over 10 days but it may be a late start to the hottest months of the year.