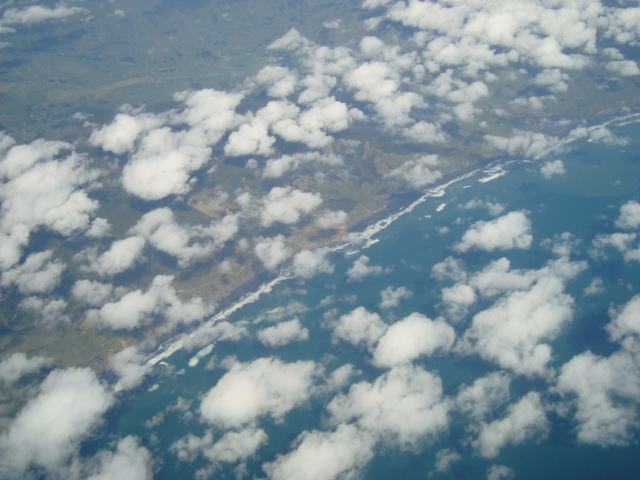 It’s not an early Autumn arriving but temperatures are expected to drop later this week and into the weekend across the southern and eastern coastlines of both islands predicts WeatherWatch.co.nz.

The south to south east wind change will be on the right hand side of a large incoming high from south of Australia.

WeatherWatch.co.nz says some regions will be several degrees below average while the high moves in to place over New Zealand – a process which will take around three days due to its slow movement.

This weekend Dunedin is expected to struggle to even reach 13 degrees with a southerly wind.

Head weather analyst Philip Duncan says Timaru is likely to reach around 15 degrees this Saturday and Sunday – contrasting wildly with temperatures in the city this time last year, when it hit over 40 degrees.

“The cooler weather has been due to the lack of sub-tropical systems affecting us because of the stream of large highs moving in from Tasmania. These highs are bringing air from over the Southern Ocean – unlike this time last year in which westerlies off the Australian desert had our temperatures well up”.

Christchurch will be well down for traditional February temps too, expected to climb to 16 degrees this weekend while Wellington reaches just 17.

Conditions will warm up again once the high rolls in but again overnight lows may not bounce back a great deal.

“This week last year Auckland was reaching the late 20s and eastern areas of the North Island, like Gisborne, Hastings and Napier, were all reaching the low to mid 30s.  For several weeks Auckland has only been in the low 20s and along the east coast centres have only been reaching 20 to 22 – which is ten to fourteen degrees lower than last year”.

But our memories can be selective and tend to favour remembering positive weather over negative weather.

“Summer is unlikely to heat up too much more but there is the possibility of temperatures increasing a little further over the next two weeks”.

“To really boost up our heat we need a westerly directly off Australia’s interior, which is looking unlikely, or we need a tropical low to come down, which is more likely later this month or in March.  Last year we had several which pulled down humid tropical air over the country – this year most of our air flows have been coming in from generally cooler areas like east of New Zealand or south of us” says Mr Duncan.

Second year summers in a row affected by La Nina weather patterns tends to bring cooler summers for a large part of New Zealand. Do some research and see if this is true.

It hasn’t been true in general, but as I noted in an older post there is a lot of variability in La Nina episodes. Summer 1975-76 was a cold one.

While I don’t doubt a cool change may be on it’s way, those temperatures in your forecasts are rather low compared to what most places have been recording.