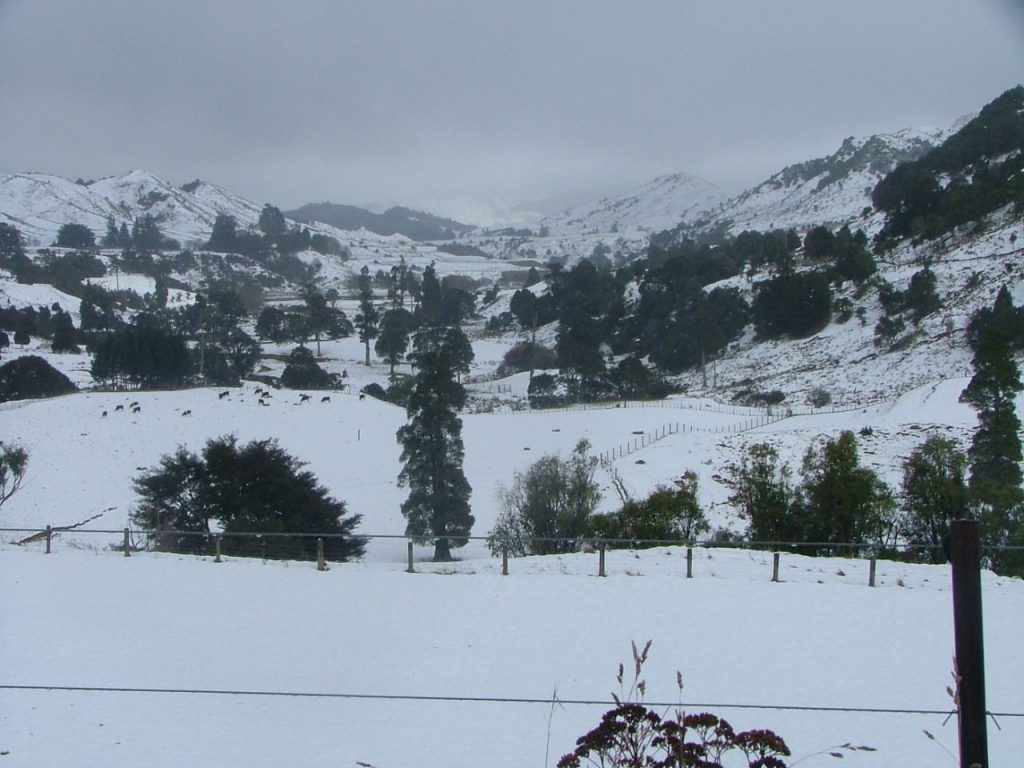 Another spell of winter weather is forecast for some parts of New Zealand later this week as southerlies fire back up again.

WeatherWatch.co.nz believes snow is possible to low levels around Southland and Otago on Friday and Saturday however current forecasts show the event to be short lived and over by Saturday afternoon as another high moves in.

The latest weather data indicates an even drier event for Canterbury northwards compared to the Queens birthday weekend cold snap – however it’s possible it will be a snowier event for Southland and Otago as the system ‘clips’ the lower South Island.

Radio Sport’s Farming Show host Jamie MacKay says June is a better time for wintry outbreaks for farmers than further in to winter.  “Cold snaps are better in June than August and September when wind chill can be dangerous to young stock such as calves and lambs”.

Mr MacKay says grass growth has pretty much stopped for the winter season and describes the recent and upcoming cold snaps as “more inconvenience rather than disaster”.

WeatherWatch.co.nz will closely monitor the upcoming event as the cold air surges northward.  At this stage the southerly is predicted to be fairly strong along southern and eastern coastlines of both islands, including Wellington, reaching Gisborne on Saturday but quickly easing.    At this stage WeatherWatch believes it’s unlikely that snow will fall again in places like Wellington, Hastings, Napier and Wairoa as moisture levels look too low.

However with any winter system things can change quickly so check back for regular updates over the next few days.

For those who like warmer weather there may be some good news.  Some long range models show a low forming in the Tasman Sea on Sunday which could see warmer northerlies returning across much of New Zealand early next week.