Another busy night for NZ 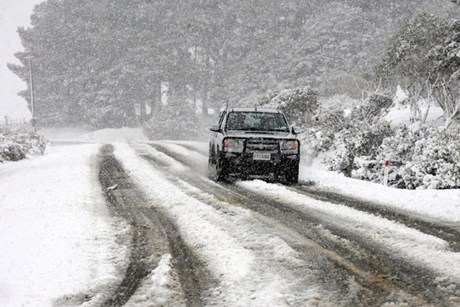 Another active night over the country with thunderstorms, snow in Blenheim, big winds and very heavy frosts. Winter has really thrown us everything in the full first week of Winter.

It’s a rare sight but snow fell over parts of Blenheim last night as the system that had affected much of Canterbury yesterday slowly moved north over Marlborough.A couple of centimetres were reportedly lying on the ground before midnight in places.

Reports came in of snow falling over the Hope Saddle in Nelson and temperatures were very crisp in Nelson city.Wellington’s hill suburbs and Masterton also saw a mix of rain, sleet and snow as the cold air moved over the south of the North Island.

Gisborne had a big thunderstorm last night as did parts of the Waikato as an active band moved over the upper North Island.Heavy showers, thunderclaps and blustery winds were reported in other areas from Northland to the central high country.

Temperatures over snow hit Canterbury have plunged to near record lows for the first week of June this morning as skies have cleared overnight.
Christchurch Airport is recording a smidgen under minus five degrees whereas Darfield is now on minus eight.

Hanmer Springs was one of the worst hit areas yesterday and freezing temperatures but clearer skies have moved in first thing this morning. Power is still out over parts of the Canterbury region but is hoping to be retored to many throughout today.

Christchurch Airport is hoping to clear the backlog of passengers today after many flights were cancelled yesterday due to heavy snow.

Yesterday, three people fell off ladders and roofs in the city after attempting to clear blocked drains and satellite dishes of snow.

This morning ice is a concern and motorists are advised to take extreme care.Alpine passes are still closed but the situation will be reviewed at first light this morning.

West Coasters have also seen an easing in conditions after heavy rain and high winds buffeted the region yesterday.

“It’s been a remarkable period with so many different types of weather taking place over the last day or two and it seems to signal that it could be a boisterous winter at times as this event has taken place so early in the season” says weather analyst Richard Green.”The good news is it seems we can take a bit of a breather today around Canterbury but there’s a bit of a skirmish that might flick the region later tomorrow but it doesn’t appear ominous at this point”.

Weatherwatch.co.nz believes the very cold air is great news for skiers and the snow is perfect timing for southern skifields to open soon with many reporting a good dump yesterday and this is on the eve of Mt Hutt opening this weekend.

Rediculous,Auckland has SW 46kmp at 61 gust,Whangarei max 17 kmh ,Hamilton 7kmh from W,what a hole Auckland is.