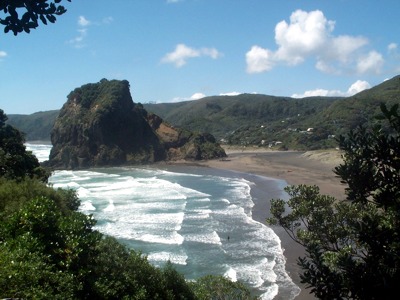 The good news is that temperatures will remain mostly mild to warm throughout the day and western parts of Auckland city and also beaches on the West Coast should be a little better off than eastern areas.

The Coromandel could see a decent easterly whip up with cloudy areas and the risk of a shower.Sunshine though is also in the mix.

Weather conditions in Auckland today, the weekend and much of next week appear to be mostly dry with some sunshine and cloudy areas however the odd shower in the north could move through.
Northland sees more of a chance of a shower on Monday for Anniversary Day as well but temperatures are likely to remain in the mid twenties.

Nelsonians the following week can expect a good looking public holiday with sea breezes and mostly blue skies in order.Temperatures are likely to be in the low to mid twenties in sheltered areas away from the breeze.Inland areas could be a couple of degrees warmer than the coast.

UV Index readings and fire risks remain high to very high for northern regions celebrating an Anniversary Day on Monday with peak burn times between 9.30am and 5pm.

WeatherWatch.co.nz reinforces the message to slip, slop, slap and wrap if outside for extended periods.