Animals: Can they tell us a story? 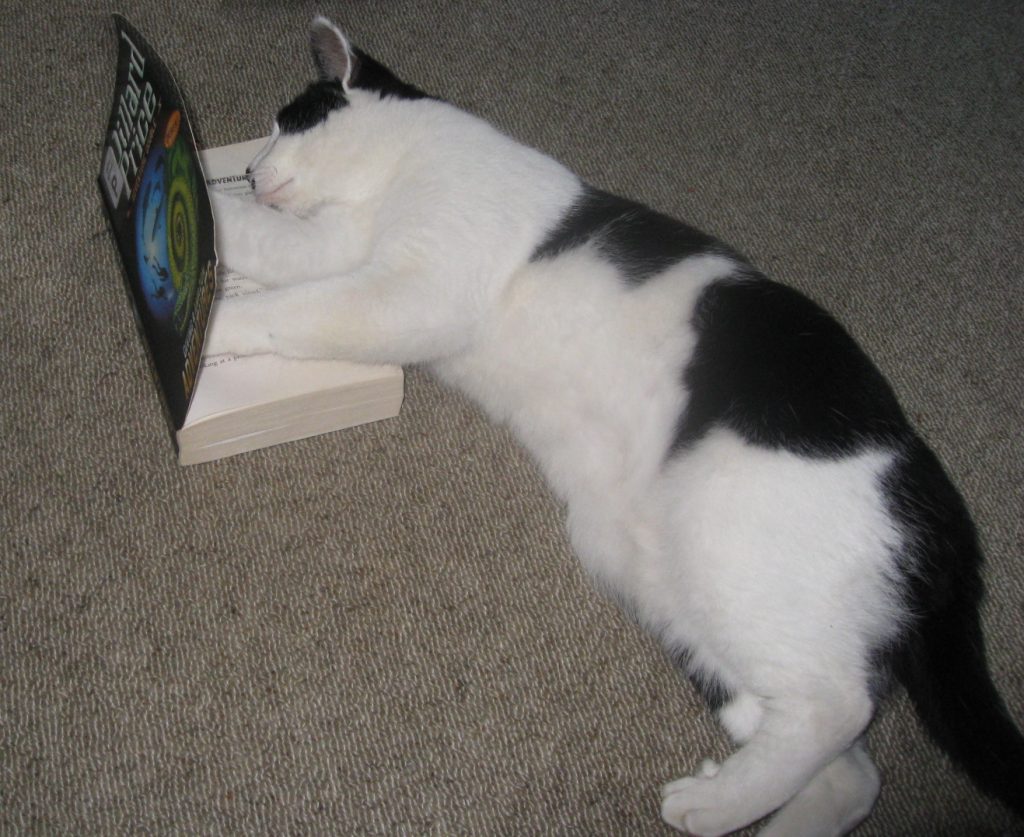 Can animals predict the weather? Some people believe they can and here are a few examples…

In the USA, a groundhog is still used to predict the weather for up to six weeks in advance. If you see the groundhog’s shadow at noon on the 2nd of February, (Groundhog’s Day) then the weather will be cold and wintry for another six weeks.

Have you ever heard the saying that dogs act nervous and cats get frisky as kittens when a bad storm is on the way? Here are some other behaviours that is suppose to predict the coming of bad weather:

Frogs croak louder and longer than usual.
Roosters crow later in the day.
Birds fly lower to the ground and gather on tree branches and telephone wires.
Pigs squeal more and gather sticks to make a nest.
Cows lay down in the fields to feed, and lay down to ensure they have a dry spot to lay. Cows also run around the field with their tails raised high swatting flies before a storm.
Bees and butterflies seem to disappear from the flower beds they usually visit.
Red and black ants build up their mounds around the holes, and may actually cover the hole.
Fish jump out of the water and nip at low flying insects.

When South Asia had the devastating Tsunami which caused a large death toll and a large path of destruction, it was surprising how low the count was for loss of wildlife. Sri Lankan wildlife officials reported that they found no dead wild animals, including elephants. A photographer also reported seeing no animal corpses as he flew over the wildlife reserve – only active wildlife. An amazing fact when you consider the flood waters traveled up to three and a half kilometres inland into the wildlife reserve. Potential theories suggest that a sixth sense alerted them to the Tsunami in plenty of time to reach higher and safer land. It could be from something as easy as their keen hearing, maybe hearing the wave approaching while it was still far enough away to escape. The animals may even be able to feel the vibrations of the ground, alerting them of the approaching dangerous situation.

While it’s hard for us to know for sure how they knew danger was coming and what to do and where to go, the fact remains somehow, one way or another, they knew before it occurred.

Dolphins come into sheltered bays to avoid storms.
Spiders leave their webs when it rains.
Bees won’t leave their hives.
Seagulls come inland and human beings claim to have pain in their joints, or stuffed up noses before it rains.

All over the globe animals have behaviours they exhibit before the weather changes for the worst.
We’ve looked at a few weather lores before and here are a few more pertaining to animals…

When the ditch and pond affect the nose, Look out for rain and stormy blows.
A coming storm your shooting corn presage, and aches will throb, your hollow tooth will rage.
If your corns all ache and itch, The weather will make a switch.
If birds fly low, Expect rain and a blow.
If the rooster crows on going to bed, You may rise with a watery head.
Trout jump high, When rain is nigh.
Cats and dogs eat grass before a rain.
A swarm of bees in May, is worth a load of hay.
When sheep gather in a huddle, Tomorrow will have a puddle.
Expect the weather to be fair, When crows fly in pairs.
If woolly worms are dark, the coming weather will be severe.
When ladybugs swarm Expect a day that’s warm.
When chickens scratch together, There’s sure to be foul weather.
When pigs carry sticks, The clouds will play tricks. When they lye in the mud, No fears of a flood.

Do you know of any other animal related weather stories or habits? Please let us know!

but my Fiance and I have a tank of tropical fish (she’s in Christchurch and I’m in Wellington). The night of the big earthquake down south a few weeks back, the two Silver Sharks we have started swimming in circles around each other – very bizarre behavior!

Then, a week or so later when I was back in Wellington and we were talking on the phone at 9:54pm she said to me “Honey, you might want to check if there’s been another earthquake, they’re swimming in circles again” – later on when I got home, I checked and wouldn’t you know it – there was another earthquake down south at that time (give or take a minute or two).

I know people dispute that animals can sense them – but hey, for as long as it looks like they’re picking up on something…I’ll believe they can!