An early christmas present? Santa could bring sunshine to Auckland 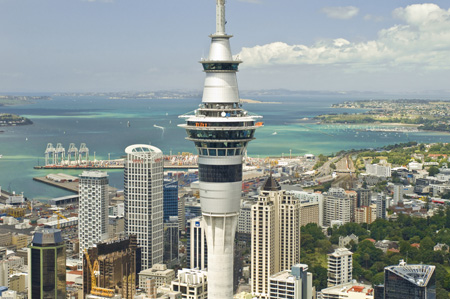 Aucklanders spending Christmas in the city can soak up some sun on Christmas day after a series of changeable “spring-like” weather patterns this month.

The “chaotic and changeable” weather this month will thankfully bring dry weather for Christmas day for most of the main centres, WeatherWatch Head Weather Analyst Philip Duncan said.

“The current weather pattern is fairly chaotic at the moment; the highs and lows are moving around a lot,” he said.

But the weather for Wellington and Christchurch was a “little more of a question mark” he said.

In the past week, Christchurch has had an array of weather including, hail, sun, torrential downpours and dry weather.

However Mr Duncan said he picked the weather on Christmas day to be “mostly dry”.

“It certainly won’t be 30C because of a southerly but hopefully it won’t be too cold,” he said.

He said he would have a better idea of how the weather would shape up by the end of the week.

The current WeatherWatch forecast showed a front would cross the country on December 22 and 23, which could bring wind, rain and showers.

However, Christmas Eve and Christmas Day may be fairly dry across New Zealand.