Amazing Video: Inside the Fultondale Tornado 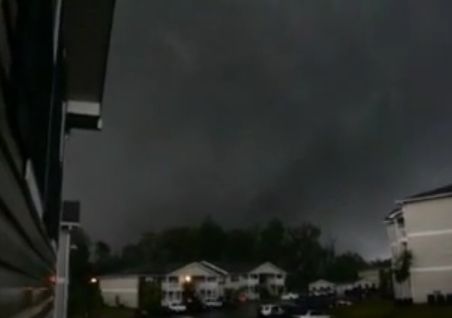 Footage of the April 27, 2011 tornado that moved through Fultondale, Alabama – the tornado almost passes directly overhead the person who was filming this.

According to YouTube user minuszr0 who took this video “Filmed from the balcony of my 3rd floor apartment off I-65. (Before you get the idea I was being reckless and/or an idiot.. that was not the case. Between the time I walked from the front balcony to the back, it was upon me”.