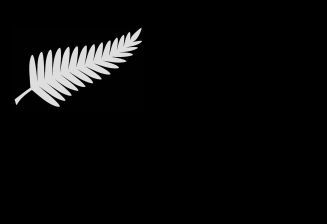 The All Blacks ended 24 years of hurt with this 8-7 World Cup victory over France, but it certainly wasn’t a painless win.

The margin of success was one point, which the All Blacks held for just over half an hour. It was excruciating.

It began with the injury to Aaron Cruden in the first half, continued with Thierry Dusautoir’s converted try, and ended only with Craig Joubert’s final whistle. Never has a South African’s input been so welcome at Eden Park.

With the hopes of the nation on their shoulders, and a world waiting for them to choke again, the All Blacks somehow ground out one of most intense challenges they’ve ever faced in their proud history.

The French, written off by all and sundry, made their intentions clear before kick-off.

As the All Blacks formed for the Kapo o Pango haka, reserved for special occasions, the French formed an arrow head either side of their captain Dusautoir and, gradually, moving in a flat line, advanced over the halfway line towards the All Blacks.

Their advance was completely against International Rugby Board protocols which state the team receiving the haka must stay on the 10m their side of halfway but the All Blacks would have appreciated the challenge.

And it didn’t stop there. France played most of the rugby in the start, putting 13 phases together in the opening minutes as they tried to find weaknesses among the tight forwards lurking in the All Blacks backs.

It took 15 minutes for the first points to come for the All Blacks and the try was simplicity itself. A superb Piri Weepu penalty clearance from inside his own half earned the All Blacks a lineout 10m from the French line. Sam Whitelock’s take and pass in one motion found Woodcock coming through the middle and he palmed off the despairing dive of prop Nicholas Mas for one of the easiest touchdowns he will get. Graham Hansen’s approving pat to Steve Hansen’s back suggested it was a pet move of the assistant coach.

The All Blacks were gradually taking control but with Weepu missing all three of his kicks and the French defence resolute, nerves among the 61,000 crowd stayed frazzled. The French make a habit of ruining best-laid plans for the All Blacks, having beaten them in the 1999 and 2007 World Cups and the home side’s 37-17 pool victory against them seemed a lifetime ago.

And with Cruden succumbing to the curse of the New Zealand first-fives when hyperextending a knee after 34 minutes, all bets were off.

Donald wrote himself into the crowd’s good books straight away with a penalty but then it began to go awry for the New Zealanders.

Dusautoir scored by the posts following a mistake by Weepu, who flykicked the ball into the hands of a Frenchman, putting the men in white on a sustained attack. With Trinh-Duc converting, it was a one-point margin.

Weepu kicked the re-start out on the full and was substituted by Andy Ellis straight away.

With 25 minutes to go, the French had self belief and were causing some problems with their aggressive defence.

Trinh-Duc missed with a penalty as the game entered its final quarter.

With Dusautoir an increasingly dominant figure in the loose for France, the All Blacks were struggling to get anything going.

But somehow, with the inspirational Richie McCaw to the fore, ably supported by Jerome Kaino and Kieran Read, the All Blacks got their hands on the ball and ran down the clock.

Joubert’s penalty for the All Blacks with 90 seconds left was greeted with a roar from the crowd. This was a victory four years in the making. It was built on courage and willpower, rather than flashy rugby. It was the lowest scoring final in history, eclipsing the 15-3 win by Australia over England in 1991, and it was the smallest margin of victory.

The All Blacks didn’t care how they did it. They just did it. Finally.