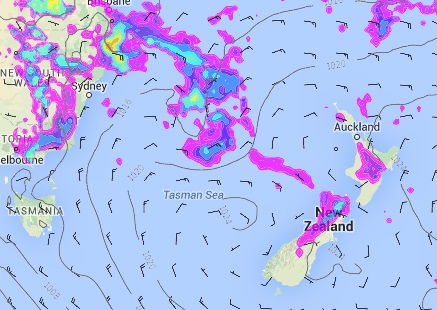 Showers and rain in the afternoon are the main risks for the start of the week, across parts of both islands today – and in some cases the rain could turn heavy and thundery.

Showers will develop about most inland North Island areas south of the Waikato, while east of Lake Taupo they donâ€™t look as likely – but still possible.

West and south of Lake Taupo look like more likely spots, so any showers that do develop could deliver heavy falls and thunderstorms, though these will ease later this evening.

It’s a similar story in parts of the South Island – particularly in the north.

Inland Nelson, Marlborough and Buller will be in the firing line for rain, while inland North Canterbury is a maybe at this stage – the risk isn’t as high there, judging from our current projections.