After a dry June, Australia has a snowy start to July 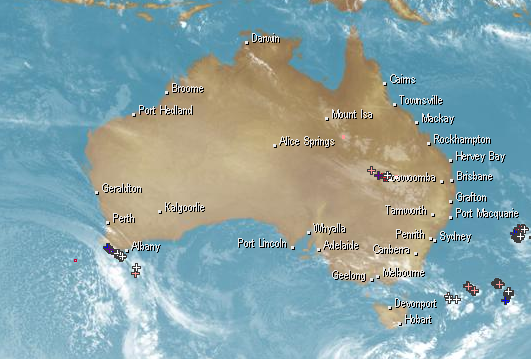 The snowiest week so far this season has begun in the alps.

Cold air and moisture have teamed up to cause snow in the alps of NSW and Victoria during the last 24 hours. The flakes were still falling today and there is plenty more on the way during the rest of this week.

Measuring what’s fallen already depends on how high up the mountains you look. Most of the precipitation on the lower slopes has fallen as rain during the last 24 hours, while higher ski resorts had picked up a few centimetres of snow, as of 9am today. Today’s snow has mainly been confined to areas above 1500 metres.

Fortunately, the air will start getting colder in the alps from tomorrow and snow is likely each day until Sunday. The best falls will occur on Wednesday, followed by Friday and the weekend.

An average of 20-40cm is likely to accumulate across Australia’s ski resorts in NSW and northeast Victoria this week, with totals generally increasing with altitude. More than half a metre of natural is a good chance on the higher peaks.

This week’s snow comes as a welcome change from the dry start to winter in Australia’s alps. There was little, if any, natural snow in the mountains late last week, following the driest June on record in Victoria and southern New South Wales. Fortunately, a decent amount of man-made snow cover got the resorts through the month.

This week’s run of cold fronts will help boost the natural snow base across the mountains and sub-zero temperatures will allow for additional layers of artificial snow, particularly at night.

The long-term average snow depth during the first week of July is around 70-80cm at Spencer’s Creek in NSW. While this week’s snow is unlikely to bring us up to this level, it’s sure to be a welcome change from the last few weeks for skiers and snowboarders.