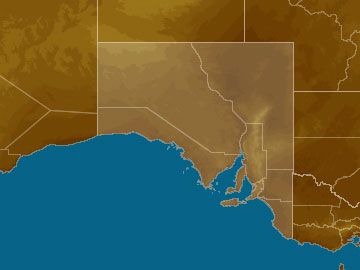 Adelaideans are taking off their coats as they enjoy their warmest end to winter in 18 years, according to weatherzone.com.au.

Both nights and days this August have been one-and-a-half degrees warmer than usual. This puts us on track for the warmest August since 1993.

“We could say that spring has come a month early this year,” said Weatherzone meteorologist Brett Dutschke.

This is a big contrast to August last year, when days averaged 15 and nights eight.

“With no significant cold changes expected by the end of the month, this August is on target to be the city’s warmest since 1993,” Dutschke said.

Whilst it will be a relatively warm end to the month, we’re unlikely to match the warmth of 1993. In 1993, August averaged 14.0 degrees, when combining minimum and maximum temperatures. This August has been averaging 13.8.

Relatively warm nights have also been a feature across most of South Australia this month, with very little frost about. In the Murray Mallee, nights have been as much as three degrees above average. Lameroo is on target for an August record, with overnight mininums averaging 7.8 so far. The coldest it has been in the Murray Mallee town this month is 3.5 degrees. It typically has five nights which cool below two degrees.

“The warmth has been due to slow-moving high pressure systems over the Tasman Sea. These highs have sent northerly winds over the state and have helped keep the strongest cold fronts well away,” Dutschke concluded.

Wasnt May/early june some of the coldest in many years too in Adelaide.Its a little reminicant of 2009 here when the same equivalent periods were similar,ie may/june was cold and august mild.Depends on the positioning of the highs.