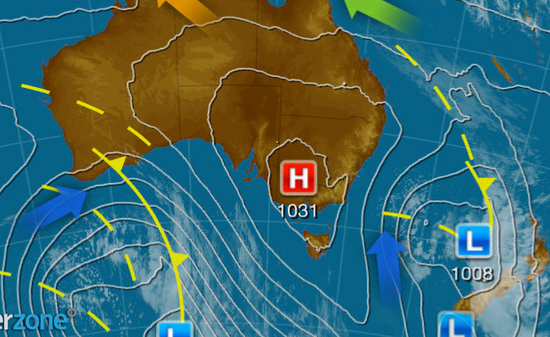 Adelaide has had its second-driest June on record, with less than 10 millimetres of rain falling in the last 30 days.

The city’s rain gauge recorded only 8.6mm, the lowest total since 1958 when the city had just 6mm.

Precipitation over southern parts of the state was similarly scarce, with the agricultural areas receiving their driest June since 1967, and their third driest on record.

“The cold fronts have just been dropping away to the south and what that means is we’ve actually gone most of the month without any significant rainfall.”

The Bureau of Meteorology said the unusually dry conditions were not confined to southern Australia, but extended to the nation as a whole, with the upcoming monthly climate summary expected to confirm that view.

“Night-time temperatures have been about three or four degrees below average,” Mr Ray said.

After last season’s bumper crop, the dry conditions have forced farmers to adjust their seeding plans.

“It has reduced the ability to get some of the crop in, particularly on parts of the Eyre Peninsula,” Grain Producers SA chief executive Darren Arney said.

“There would be some who would say… this is the worst start they’ve ever had.”

But Mr Arney said other areas, including the south-east and parts of the Mallee and Mid North, have had good falls.

The bureau is predicting “less extreme” conditions over the next few months.

“Certainly in the short term, there is a bit more rainfall coming through early next week,” Mr Ray said.

“The first week of July, there’ll be some useful rainfall around.

“Overall, the month is probably going to end up a little bit on the dry side, but nowhere near as stark a picture as what we’ve been experiencing through June.”