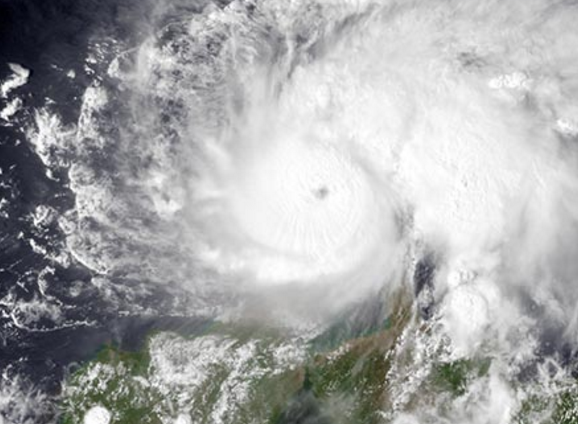 Wunderground in the USA compares various forecasters around the globe for the upcoming hurricane season — Residents living in Hurricane Alley need to prepare for what may be another busy Atlantic hurricane season.

In its first outlook for 2017, issued today, NOAAâ€™s Climate Prediction Center predicted a 45% chance for an above-normal Atlantic hurricane season, a 35% chance for a near-normal season and a 20% chance for a below-normal season. NOAA gave a 70 percent likelihood of 11 – 17 named storms, 5 – 9 hurricanes,  2 – 4 major hurricanes (Category 3 or higher on the Saffir-Simpson Hurricane Wind Scale) and an Accumulated Cyclone Energy (ACE) 75%-155% of the median.

1) Either ENSO-neutral or weak El NiÃ±o conditions are expected over the tropical Pacific Ocean [ENSO refers to El NiÃ±o/ Southern Oscillation, which has three phases: El NiÃ±o, Neutral, and La NiÃ±a.] El NiÃ±o suppresses hurricane development in the Atlantic by increasing the amount of vertical wind shear and dry, stable air that tends to prevail over the Main Development Region (MDR) for hurricanes, which includes the tropical North Atlantic Ocean and Caribbean Sea between 9.5Â°N and 21.5Â°N latitude. The latest monthly NOAA/IRI probabilistic ENSO forecast, issued May 18, calls for approximately a 60% chance of El NiÃ±o conditions during the peak August-September-October period of the Atlantic hurricane season.

2) Near- or above-average sea-surface temperatures (SSTs) are expected across much of the MDR.

3) Near-average or weaker-than-average vertical wind shear is expected in the MDR.

4) Near-average sea level pressures are expected in the MDR.

As usual, there is some disagreement among the various outlooks issued since April as to how busy a hurricane season the Atlantic will see, though the outlooks issued more recently have tended to call for more activity than the earlier outlooks. The Barcelona Supercomputing Center and Colorado State University have a nice web page summarizing all of the major Atlantic hurricane season forecasts. Here are some of the major forecasts made since April:

The April 5 forecast for the 2017 Atlantic hurricane season made by British private forecasting firm Tropical Storm Risk, Inc. (TSR) called for a near-average Atlantic hurricane season about 30% below the long-term (1950-2016) norm and the recent 2006-2015 ten-year norm. TSR predicted 12 named storms, 6 hurricanes, 2 intense hurricanes and an Accumulated Cyclone Energy (ACE) of 67 for the period May though December. The long-term averages for the past 65 years are 11 named storms, 6 hurricanes, 3 intense hurricanes and an ACE of 101. TSR rates their skill level as low for these April forecasts–just 9 – 15% higher than a “no-skill” forecast made using climatology. TSR predicted a 29% chance that U.S. landfalling activity would be above average, a 23% chance of near-average, and a 48% chance of below-average. They projected that two named storms but no hurricanes would hit the U.S. The averages from the 1950-2016 climatology are three named storms and one hurricane. They rated their skill at making these April forecasts for U.S. landfalls just 3 – 6% higher than a “no-skill” forecast made using climatology. In the Lesser Antilles Islands of the Caribbean, TSR projected one named storm and no hurricanes. Climatology is one named storm and less than 0.5 hurricanes. They added: “It should be stressed that the precision of hurricane outlooks issued in April is low and that large uncertainties remain for the 2017 hurricane season.” The next TSR forecast will be issued on May 26.

A slightly below-average Atlantic hurricane season is likely in 2017, said the hurricane forecasting team from Colorado State University (CSU) in their latest seasonal forecast issued April 6. Led by Dr. Phil Klotzbach, with new coauthor Dr. Michael Bell, the CSU team called for an Atlantic hurricane season with 11 named storms, 4 hurricanes, 2 intense hurricanes, and an Accumulated Cyclone Energy (ACE) of 75. The long-term averages for the period 1981 – 2010 were 12 named storms, 6.5 hurricanes, 2 intense hurricanes, and an ACE of 92. The CSU outlook also called for a 42% chance of a major hurricane hitting the U.S. in 2017, with a 24% chance for the East Coast and Florida Peninsula and a 24% chance for the Gulf Coast. The Caribbean was forecast to have a 34% chance of seeing at least one major hurricane. All of these probabilities are slightly below the long-term numbers from the last century. Their next forecast will be released June 1.

1) Warmer sea-surface temperatures in the North Atlantic, with indications that further warming is likely.

2) Reduced potential for the development and strength of El NiÃ±o later this summer.

Here’s a forecast worth paying attention to: the April 25 forecast made using a statistical model by Penn State’s Michael Mann, Sonya Miller, and alumnus Michael Kozar called for an active season with 15.3 named storms (expected range: 11.4 to 19.2). Their prediction was made using statistics of how past hurricane seasons have behaved in response to sea surface temperatures (SSTs), the El NiÃ±o/La NiÃ±a oscillation, the North Atlantic Oscillation (NAO), and other factors. The statistical model assumed that in 2017 the late-April +0.81Â°C departure of temperature from average in the Main Development Region (MDR) for hurricanes in the tropical Atlantic would persist throughout hurricane season, ENSO-neutral conditions (no El NiÃ±o or La NiÃ±a) would continue through fall, and the NAO would be near average. If a weak El NiÃ±o develops, their model predicted reduced activity: 12.4 named storms, plus or minus 3.5 named storms.

The PSU team has been making Atlantic hurricane season forecasts since 2007, and these predictions have done well, except for in 2012, when an expected El NiÃ±o did not materialize:

The April 18 forecast from North Carolina State University (NCSU), called for a not far from average Atlantic hurricane season with 11 – 15 named storms, 6 hurricanes and 1 – 3 major hurricanes. They used a statistical model encompassing more than 100 years of past Atlantic hurricane activity to make their forecasts.

The May 4 forecast from the Cuban Meteorological Service, INSMET, called for a near-average Atlantic hurricane season with 10 named storms and 6 hurricanes. The forecast was based on a statistical prediction model developed by Ballester, GonzÃ¡lez and PÃ©rez (2010).