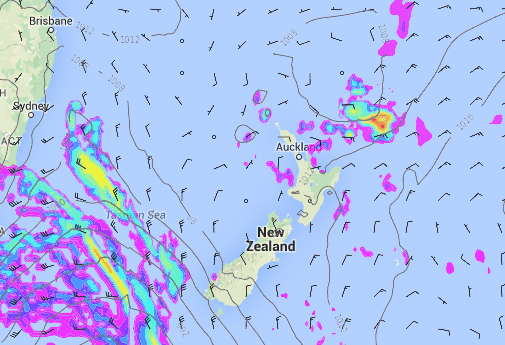 The first week of Autumn has stayed summery in one respect – most of the temperatures have stayed around similar levels to the last few weeks – though the start of a new season has brought one welcome feature: rain.

We saw showers yesterday in parts of New Zealand – though not much in the parts that need it most – and today looks like a little improvement in that respect.

The West Coast will again likely see the wettest conditions, though the centre of New Zealand looks like getting a good dose of showers through the day as well.

Isolated heavy showers are forecast for the coast, while a rainmaking band will spread further north, meaning showers for Nelson’s ranges, Taranaki, Wanganui-Manawatu and a little bit of a spillover into the Wairarapa.

Humidity will be up in the north and central areas too, as that sub-tropical northeasterly sticks around for another uncomfortable night in some places.