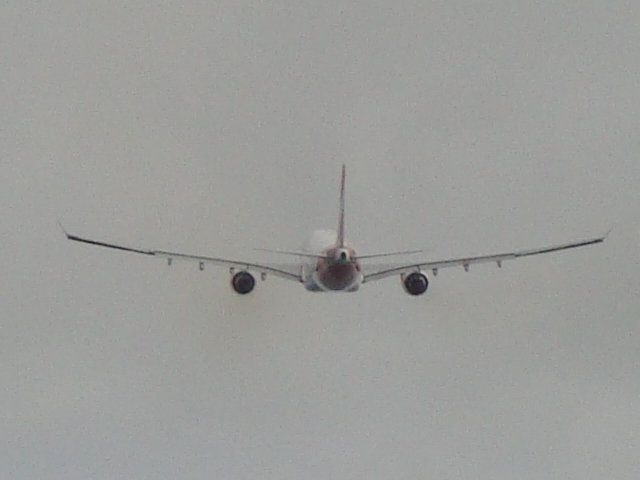 Air travelers usually are prepared for the occasional hectic and overcrowded flight. But all are hoping they’ll at least be able to sit down.

Arthur Berkowitz, 57, stood for the length of his US Airways flight in July after a fellow passenger occupied half of his seat. The non-stop flight from Anchorage to Philadelphia lasted seven hours.

CNN recently reported on the extensive flight delays that travelers experienced during last month’s snowstorm. JetBlue has begun reimbursing those customers for their eight-hour tarmac waits, and Berkowitz feels US Airways should do more to address the issue of his extended standing.

He initially had an empty seat next to him on Flight 901, but a late passenger sat there and took more space than he paid for.

“His size required both armrests to be raised up and allowed for his body to cover half of my seat,” Berkowitz said.

The man was very polite and expressed regret over the situation, said Berkowitz, who notified the flight crew that he was unable to fasten his seat belt and asked if he could move to business class.

As the flight was filled to capacity, and as passengers are not permitted to sit in the flight attendants’ jump seats, Berkowitz found himself strolling through the cabin for hours. Flight attendants apparently asked him to remain seated and fasten his seat belt, but he said the co-passenger was seated on his seat belt fastener, making this impossible.

That meant that, though he did manage to wedge himself into his seat for the takeoff and landing, he was unable to comply with the requirement that his seat belt be fastened at those times.

Federal Aviation Administration spokeswoman Kathleen Bergen told CNN that it also is against regulations to stand for an entire flight and that passengers are always encouraged to remain in their seats.

US Airways issued a statement saying it recognizes the inconvenience of the situation. “We all understand how sensitive a subject passengers of size can present, but we should never compromise safety and we need every passenger to help us ensure that every flight operates safely by complying with those crew members’ instructions.”

After months of unsuccessful communication, he said, he went to the FAA, which notified him that US Airways considered the matter closed. CNN could not independently confirm the details.

Although he is disappointed at the amount he was offered, Berkowitz said, his motivation for speaking out now is not financial.

“My reason for bringing this up is strictly and solely for the airline to look at their safety procedures,” he told CNN.

Although US Airways expresses regret over the situation, the airline does feel the matter has been resolved and that Berkowitz’s concerns have been noted.

“We have attempted to address this customer’s service concerns, but offering increasing amounts of compensation based on a threat of a safety violation isn’t really fair — especially when the passenger himself said he didn’t follow the crew members’ instructions and fasten his seat belt,” US Airways said in a written statement. “If there was a safety issue — we will address that professionally and with the proper attention toward preventing it from happening again. We have already provided feedback on the service issues with the team involved, and thank Mr. Berkowitz for making his concerns known.”

US Airways has a policy that allows for extenders, or booking the passenger on a later flight. If neither is possible, the passenger may be charged for an additional seat. Berkowitz’s grievances extend to the gate crew members who didn’t do more to follow this policy.

Standing would be a darn sight more comfortable option to the cramped cattle truck-class seating on some of the airlines…AirNZ included!!!

Agree with the above sentiments.

When its quiet we could have the dynamics about tornadoes how they form and why,various places and their foehn winds,about the monsoon season,structure of the atmosphere thickness,heights readings taken etc,be quite interesting for the masses too.

Struggling for news again? Can we have weather please and not all this other news or plane stuff. We can get that on news sites. I bet it’s not easy finding weather angles but I signed on as a weather buff and not a news hound.Thanks.