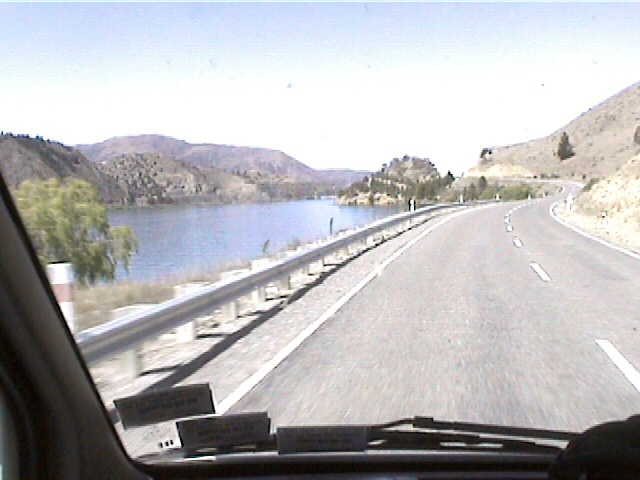 It can be interesting how visitors to this country prepare to battle our weather elements. Here is a brief overview of our climate aimed at the British tourist market. Is it accurate or hyped up to a degree?

Chasing the Sun
January and February are the warmest months of the year. The sunniest places are the Marlborough and Nelson regions, Hawke’s Bay and Whakatane, in the Bay of Plenty.
The climate is mostly temperate, however subtropical conditions exist in the far north and on the Coromandel Peninsula. In summer, the average maximum temperature ranges between 18-30ºC. Because New Zealand is long and narrow, the temperature is normally about 5ºC higher in the far north of the country than the far south.
The UV rays in our sunlight are very strong during summer so it’s recommend you regularly apply sunscreen as well as wear sunglasses and a hat.
Colder Months
July is the coldest month. In winter, the average maximum. Temperature ranges between 8-15ºC excluding the uninhabited mountainous areas. The coldest winter conditions are experienced in Central Otago, the Mackenzie Plains of inland Canterbury, and on the central plateau in the North Island.
Although snow can always been seen on the South Island’s Southern Alps it only falls on the low-lying areas occasionally in winter. In the North Island, snow falls on the central plateau mountains and several other ranges.

Rainfall
New Zealand’s rainfall is high. The North Island has 120 wet days a year on average. However, rainfall is spread evenly over the year and a high proportion of sunshine hours are recorded in winter. The exception is in the north where most of the rain occurs in winter.
In the North Island, the driest areas are central and southern Hawkes Bay, the Wairarapa and Manawatu. In the South Island, rain fall varies dramatically. Some areas are the driest in the country while the Milford Sound receives 180 wet days a year!
Extreme weather conditions are rare in New Zealand. Severe hailstorms, thunderstorms and tornadoes are not common.

I feel that in Summer Canterbury and Hawkes Bay are by far the warmest areas of the country. You only have to look at last summer in particular where Napier and Christchurch would dominate the daily highs over the country. High temperatures are most achieveable in Christchurch with 36 degrees last summer and unofficial readings of 40 degrees in some suburbs. The norwesterly dominates the summer here in Christchurch and in summer when days are under 23 or 24 degrees it feels cold! Last Dec – Feb saw 14 days reach 30 degrees or more where 2 days reached 36 degrees. 31 days were over 25 degrees as well. The mean max temp in January here was 25.4degrees. I feel winter in summed up well but Christchurch needs to be included into the Summer weather for these reasons. I feel being a big city this is important to for tourism!

Why are they not mentioning our unique pure weather systems? They have missed an opportunity here to promote NZ. There is mention of the high temperatures, low humidity of the Canterbury North Wester and its visual cloud feature of the NW arch. That is unique and very NZ.
As always the PR people understate it and the visitor misses out in experiencing our weather features. I am sure the good folk on this website can put together an informative description of our weather for our visitors from overseas.
Make it worthwhile read and then every bad weather day has a silver lining.
And becomes another tourism experience.

Seems to be one of the most fairest and accurate descriptions of NZ weather I’ve ever read.

A reasonably good overview of weather conditions in N.Z. for a tourist.

Subtropical not very often in the north,often its colder in the far north than the eastern areas.Seems more than 120 days of rain for Auckland!

“The climate is mostly temperate, however subtropical conditions exist in the far north and on the Coromandel Peninsula. In summer, the average maximum temperature ranges between 18-30¬∫C”
I agree with the average max range of 18-30c, but they have not mentioned that the East of the North Island (Hawkes Bay regions), and East of the South Island can increase in temperature up to 35-40c during the summer – with a hot NW / W wind hitting from the alps etc…
The statement is also correct for the far north, with Auckland/Northland often hitting humidity of 60% + in the summer, but they need to mention the real feel can often be difficult for some ‘UK’ tourists to bear –
Often the humidex reading can hit well into the 30-40c range (I remember in Auckland we hit 43c Humidex reading last summer during our hottest day of 32c- (described in many Humidex sites as Great discomfort; avoid exertion)!