A taste of Fiji 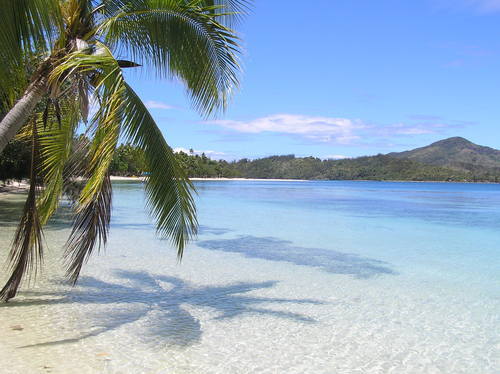 Political turmoil is nothing new to Fiji in recent decades but take nothing away from its warm and tropical climate.
Here is an outline of what weather conditions prevail throughout the country year round.
Temperatures in Fiji are determined by their location in the South Pacific Ocean and it has a tropical maritime climate without extremes in temperature.
The changes in temperature from one day to another varies slightly and also from season to season the changes are minimal. The hotter season in January, February is usually no more than 3 to 4 degrees hotter than the cool season of July and August. Although the hot season is the rainy season and higher humidity can make this season fell much hotter.
Rainfall in Fiji is largely determined by the time of year. For example the wet season is November to April and experiences a much larger amount of rainfall that the other months of the year. Especially the larger islands that generate clouds and precipitation.
The south eastern regions of the main islands such as the Suva area on Viti Levu receive much more precipitation that the rest of the islands.
Trade Winds in Fiji mostly come from the south east. These winds are usually light to moderate with stronger winds more common in the May to November period.
The larger islands of Viti Levu, Vanua Levu can have their own wind patterns as the island heat up during the day and cool down at night. For example Nadi most days experiences an afternoon breeze starting just after noon. Fiji also has a cyclone season from November to April ( the rainy season ) with can cause high winds.
SOURCE: Fiji-Islands.com.au

If only Auckland was there it would be an ideal climate.SE much of the year with tropical weather.SW winds and fronts would be a memory…..