A tale of two islands – Situation & outlook for Tuesday 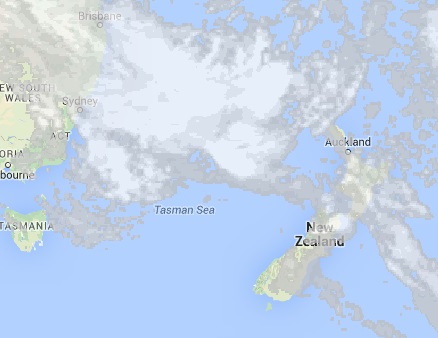 A ridge of high pressure is still present in the north, though it is weakening, so things will move pretty quickly towards the end of the week – while in the South Island a northwesterly airflow will start to dominate the scene.

That weakening high will give way to a northwesterly airflow, meaning cloud will start to increase from afternoon in most places.
There may be a brief light shower or two for some western regions, but it’s otherwise looking mainly dry.

The East Coast can look forward to mostly sunny weather, with northeasterly winds and any early morning cloud clearing.

The northwesterly airflow sitting above the South Island will increase its grip on the southern half of the country, with cloudy skies and afternoon drizzle on the cards in the west.

Along the east coast, conditions will stay sunny, though high cloud will increase, and the northeasterlies will turn to the north later on in the evening.
Temperatures will stay warm here, however, the place to be in the South Island tomorrow.

Inland areas will also see the northwesterly winds, which should pick up in the afternoon and could become gusty and strong at times in exposed areas.