A Stunning Haze — New images show hidden side of Pluto 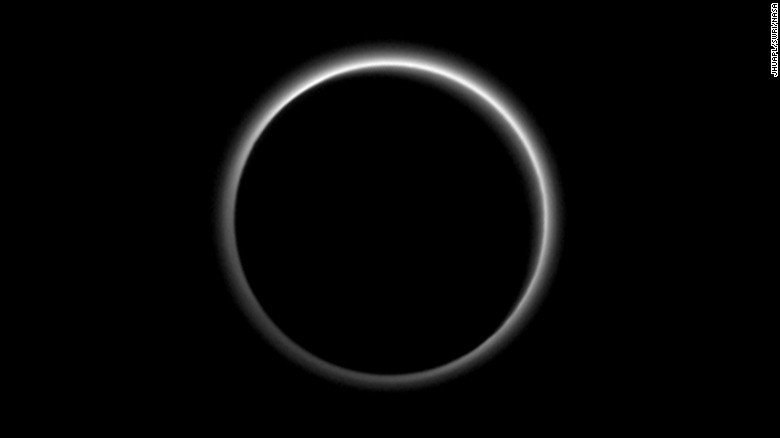 Pluto is hazier than scientists expected and appears to be covered with flowing ice.

Scientists say layers of haze stretch 100 miles (160 kilometers) into the atmosphere, much higher than anticipated. All this haze is believed to account for Pluto’s reddish color.

As for the incredible ice flows, they appear to be relatively recent: just a few tens of millions of years. Temperatures are minus 380 degrees Fahrenheit (minus 229 Celsius), and so water ice would not move anywhere in such extreme cold. But scientists say the nitrogen and other ices believed to be on Pluto would be geologically soft and therefore able to flow like glaciers on Earth.