Home > News > A short lived breather from the rain arr...

A short lived breather from the rain arrives 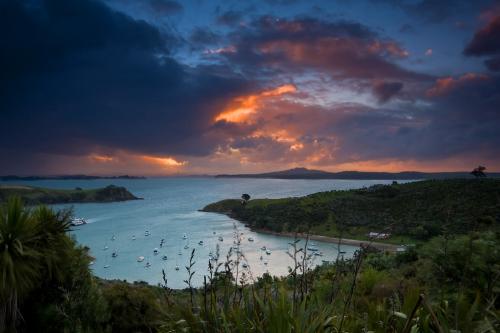 The low that brought a tornado to New Plymouth and a deadly landslide to the eastern Bay of Plenty over the weekend is today finally clearing the country bringing a spell of settled weather to New Zealand.

Clearer skies and lighter winds will be the order of the day for most places with similar weather expected for Wednesday.

But the dry weather will be very short lived with fronts lining up in the Southern Ocean to pounce on New Zealand yet again, bringing rain or showers from Wednesday on the West Coast then to most other places on Thursday – and lasting until the weekend.

WeatherWatch.co.nz is closely watching the models for any sign of a significant settled period but at this stage the weather is definitely in a messy, wet, pattern.

Meanwhile computer models are suggesting a possible snowy forecast for midway through next week.  Two of the models we use are now suggesting a low will cross northern New Zealand around Monday then deepen east of the country on Tuesday and Wednesday of next week – driving in a cold south easterly flow.  Very early days but we’ll keep you posted on the development of these models.

Thanks, it all makes sense now 🙂

Why does NZ get struck by so much rain in the winter and yet have dry summers?

Maybe a silly question but in many countries it’s the opposite which to me at least makes sense. The increased heat of the sun in summer over oceans produces more evaporation and hence more vapour/clouds etc which produce rain inlcuding the huge monsoon rains. Just curious as to why we get it the opposite. I am sure there is a good reason though.,

If I had to choose I’d definitely take summer rain 🙂

It actually depends where you are in the country. Westland and Fiordland have most rain in spring, Central Otago has most in summer, and Southland is quite even all year round.

NZ’s weather is dominated by the ocean, which mitigates the heating and cooling effects of large land masses, and by being in the mid-latitude westerlies. The band of westerly winds migrate further north in winter and spring, due to the differences in temperature between the tropics and Antarctica. The instability of the westerly flow brings a series of highs and lows.

But also we’re close enough to the subtropics that we’re affected by lows from the north. Since those lows have come across warm water, they pick up a lot of moisture.

Monsoons, on the other hand, are caused by large-scale heating across a continent e.g. Australia and south Asia. The centre of those continents can be ten to twenty degrees warmer than the surrounding ocean. That drags in wind across thousands of miles (due to the hot continental air rising). When the wind blows across the tropical oceans, it picks up a lot of water, which comes down as rain. Here in NZ, the summer heating is much smaller. We do get localised convective showers on hot days, but there isn’t enough land to affect the large-scale wind flow. The water around us does heat up a little in summer, but it’s small fry compared to the inland heating of Australia and Asia, and it isn’t enough to disrupt the westerly flow.

Phew…I hope all that makes sense.