A mixed bag: NZ’s situation and outlook for Saturday 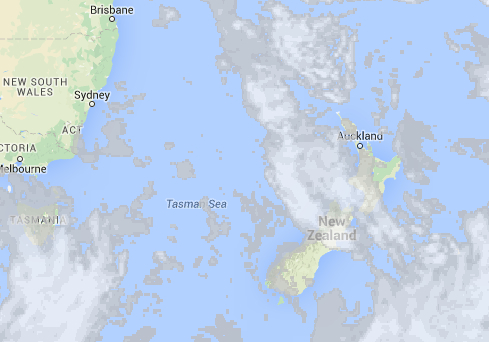 The settled, calm weather we’ve enjoyed for much of the new year is gone for now – replaced by a northwesterly airflow which sits over the country – resulting in mixed weather for both islands.

Cloud will dominate the lower half of the island, from Taranaki through to Wellington in the morning, which will also bring a few showers.
These should clear though, with sunny areas and westerly winds in the afternoon for these regions.

The Waikato and Central North Island will also see some morning cloud, along with a few patchy showers in the afternoon – though in only a few places – along with westerlies.

Further north, Auckland and Northland will enjoy a mostly sunny morning, though cloud and light sea breezes will build in the afternoon.
In the evening, those clouds could produce a shower or two as a weakening front moves in, otherwise it’s looking mainly dry.

Over on the East Coast, sunny areas and high cloud will be accompanied by northerly winds – though these may tutn northwest in the afternoon and into the evening.

Along the east coast of the South Island, light coastal northeasterlies will tend northwest by evening, bringing mostly sunny weather.
Inland, northwesterly winds will pick up in the afternoon about Canterbury, and become strong in exposed places – though it will stay sunny for the most part.

Further south, Otago is looking sunny too, with gusty north to northwesterly winds, while Southland will have gustry northwesterlies and sunny areas in the morning, though some cloud in the afternoon will bring a spot or two or rain -which may grow steadier towards evening.

The West Coast will stay cloudy through the day, though northwesterlies will pick up during the day.
Fiordland can expect rain (of course), with a few showers further north through to Greymouth – and that Fiordland rain will increase in the evening before pushing north overnight and into Sunday.